How can we make today’s materials safer and more efficient? Can we combine key experiments with computational tools to design and engineer new materials? Such questions, which are at the core of materials research, are addressed with x-rays by users and staff of the Materials Physics and Engineering (MPE) group.

The MPE group operates 1-ID, 6-BM (in partnership with COMPRES), and 6-ID-D (50% of the time; high-throughput high energy diffraction microscopy program) and develops a variety of in situ x-ray imaging and scattering techniques so that materials can be characterized at multiple length scales simultaneously and non-destructively. 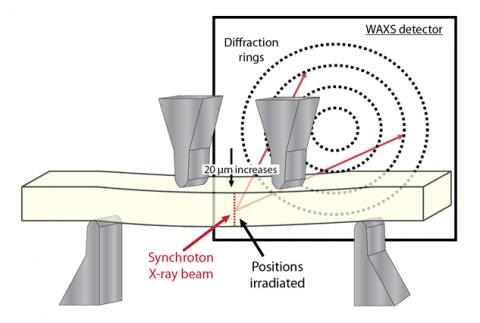 Revealing a Novel Mode of Action for an Osteoporosis Drug
Raloxifene, a treatment for decreasing fracture risk in osteoporosis, works only partially by suppressing bone loss. Studies at the U.S. Department of Energy′s Advanced Photon Source revealed an additional mechanism underlying raloxifene action, providing an explanation for how this drug can achieve equivalent clinical benefit. These data, together with complementary techniques, help define a novel mechanism by which raloxifene increases inherent bone toughness.
1-ID-B,C,E 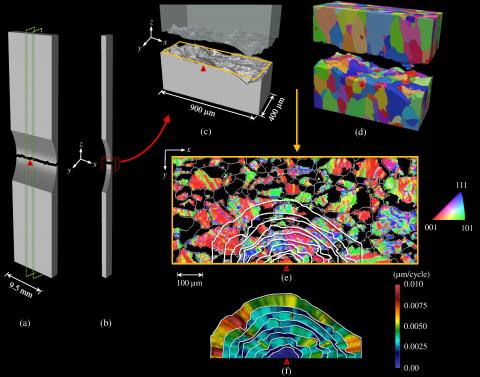 Cracking the Puzzle of Material Failure
Understanding how cracks spread through a material is important for predicting how long a structure might last before breaking, as well as for designing new materials more resistant to failure. Researchers have long been able to watch a crack spread along a surface, but because cracks propagate in three dimensions (3-D), such two-dimensional (2-D) studies missed crucial information. Some 3-D methods use x-rays or electron beams to characterize the structure of the cracked crystals that make up the material, but these tend to study only a portion of a crack and typically have no information about its 3-D evolution over time.
1-ID-B,C,E 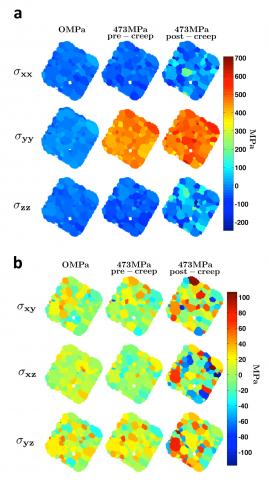 Studying Material Stress at the Microscale
The smooth, metallic surface of a titanium golf club head hides a messy reality. Though it looks homogenous to the naked eye, the head is actually made of individual grains of metal, of many different sizes and shapes. Some of the grains have different ingredients, perhaps a little more vanadium here, a bit more aluminum there. The grains might also have different crystalline structures, some hexagonal close-packed and others body-centered cubic.
1-ID-B,C,E

Revealing Complex 3-D Graphite Structures in Cast Iron
Cast iron is an alloy of iron, carbon, silicon, and other elements with numerous industrial and consumer applications. The carbon content of cast iron — generally higher than that of steel — appears mostly in the form of distinct graphite particles. Materials scientists have long known that the sizes and shapes of these graphite particles critically affect cast iron's strength, brittleness, and other key properties. Characterizing the graphite in cast iron has traditionally relied on surface (two-dimensional; 2-D) imaging techniques.
1-ID-B,C,E

A Better Way to Probe Biological Polymorphs
Humans have devised many amazing and versatile materials (such as plastic and steel) that do not exist in nature. On the other hand, nature has created structures and substances that materials scientists and engineers can only envy. One example is the adhesive structures, or byssus, used by mussels, oysters, and barnacles to fasten themselves to surfaces.
1-ID-B,C,E

New Light on Improving Engine Efficiencies
Power plants based on turbine engines burning natural gas are a key component of future energy grids in the U.S. and other nations. With these engines, power plants will supply clean, increasingly fuel-efficient, and relatively low-cost energy. The efficiency of these engines can be further increased by reducing the turbine weight, increasing operating temperature, or increasing the component lifetime.
1-ID-B,C,E

Breakthrough in Nanocrystals’ Growth
Research at the U.S. Department of Energy’s Advanced Photon Source (APS), Center for Nanoscale Materials (CNM), and Electron Microscopy Center (EMC) at Argonne National Laboratory has provided an unprecedented view of nanoparticles growing from the earliest stages of their formation. Nanoparticles are the foundation of nanotechnology and their performance depends on their structure, composition, and size.
1-ID-B,C,E 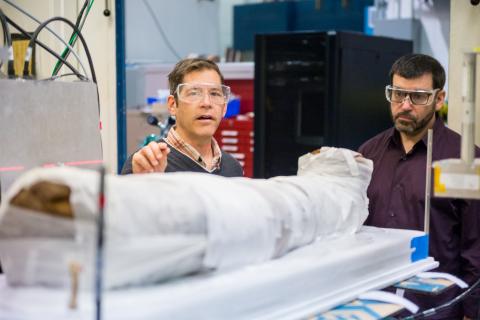 Researchers Unraveling Mummy Mysteries with Powerful APS X-rays
APS Group Leader Jonathan Almer, left, takes measurements during an experiment on Monday to study a nearly 2,000 intact mummy that was found in Egypt. The powerful x-ray beams at the APS could shed light on the contents of the mummy, as part of a project led by Northwestern University.
1-ID-B,C,E

Stressing Over New Materials
Titanium is a workhorse metal of the modern age. Alloyed with small amounts of aluminum and vanadium, it is used in aircraft, premium sports equipment, race cars, space craft, high-end bicycles, and medical devices because of its light weight, ability to withstand extreme temperatures, and excellent corrosion resistance. But titanium is also expensive. Metallurgists would love to understand exactly what makes it so strong so that they could design other materials with similarly desirable properties out of more common, less expensive elements. Now, researchers utilizing the U.S. Department of Energy’s Advanced Photon Source have used high-intensity x-rays to show how titanium alloy responds to stress in its (until now) hidden interior. Eventually, the researchers believe they will be able to predict how strong a titanium part such as an aircraft engine will be, just by knowing how the crystals are arranged inside of it. And materials scientists may be able to use such a computational model to swap in atoms from different metals to see how their crystalline structures compare to that of titanium.
1-ID-B,C,E 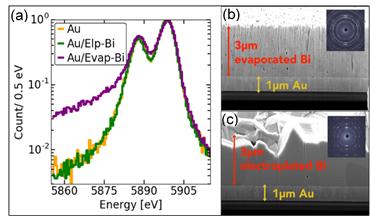 Making X-ray Transition-Edge Sensors Sharper
From detecting x-rays from outer space to elemental mapping at the nanoscale, transition-edge sensors (TES) are essential tools for scientific discovery. These devices measure the electrical resistance of superconducting materials close to their transition temperature, a regime in which small changes in temperature result in large changes in resistance. The energy of an x-ray photon absorbed by a TES is thus converted to heat and the resulting change in resistance is proportional to x-ray energy. While bismuth excels as an x-ray absorbing component for TES devices, the energy spectrum generated by these devices suffers from an unexpected non-Gaussian line shape, specifically a low-energy tail, which limits the device’s ability to detect and map trace elements. However, by electroplating the bismuth film rather than preparing it via evaporation, researchers have recently eliminated this low-energy tail. Using high energy x-ray diffraction at the U.S. Department of Energy’s Advanced Photon Source, the researchers found order-of-magnitude larger grain sizes in the electroplated bismuth, resulting in trapping of thermal energy in the absorber, and thus the desired spectral line shape.
1-ID-B,C,E
3-D X-ray Images May Shed Light on Bridge Collapses
In work that could help prevent the failure of everything from bridges to dental implants, a team of researchers utilized the U.S. Department of Energy’s Advanced Photon Source to obtain the first three-dimensional image of a microscopic crack propagating through a metal damaged by hydrogen.
1-ID-B,C,E

Engineering Metal Alloys that are Less Susceptible to Failure
Although crucial to modern life, metal alloys can fail, possibly leading to bridge collapse or other disasters. One cause of failure about which little has been understood is hydrogen embrittlement, which occurs when hydrogen from water propagates a crack. In this work, researchers from academia and U.S. Department of Energy (DOE) national laboratories utilized the U.S. DOE’s Advanced Photon Source to analyze the micro-structure of a preexisting crack in a nickel superalloy in order to determine the susceptibility of individual grain boundaries to hydrogen embrittlement. By understanding fracture behavior, researchers and industry can better predict metal failure and how to design failure-resistant alloys.
1-ID-B,C,E 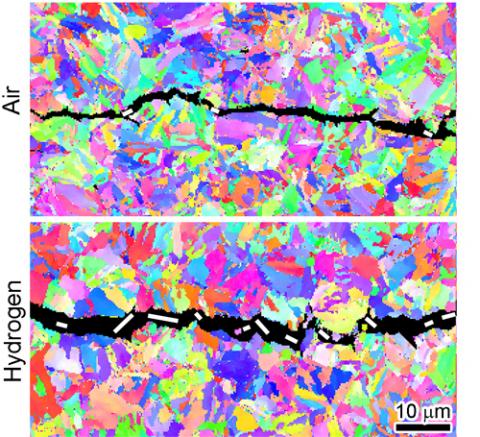 Unraveling the Mechanisms Responsible for Hydrogen Embrittlement of Steel
Understanding the primary mechanisms responsible for steel embrittlement caused by H2 exposure should help materials scientists develop strategies to ameliorate this problem, which has important ramifications for hydrogen storage and transport, as well as being a prerequisite for realizing a future hydrogen economy.
1-ID-B,C,E 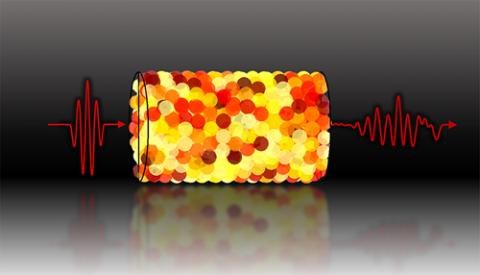 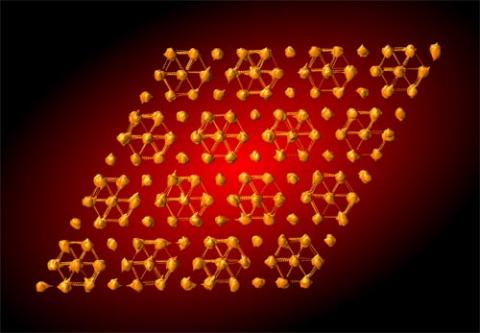 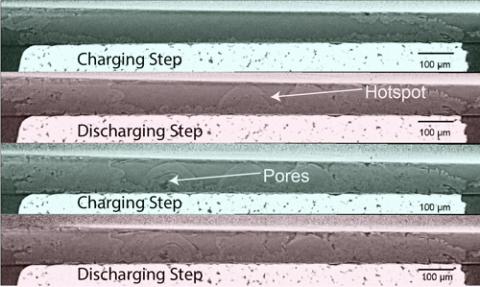 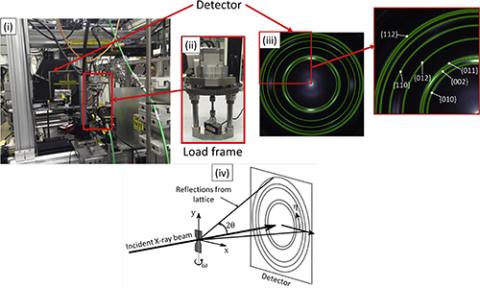 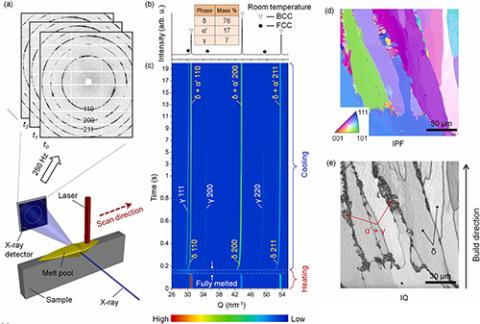