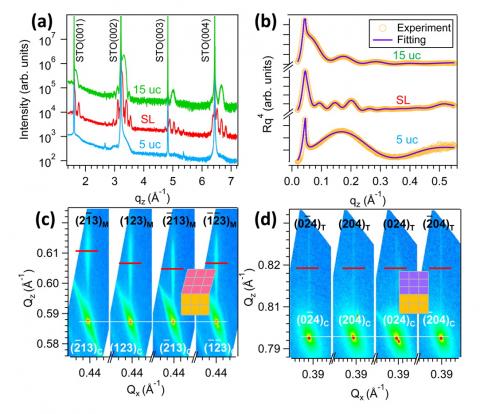 A Crystal Mismatch Generates Magnetism
Thin films are ubiquitous in computer chips and other electronic devices. Researchers have recently begun tuning the properties of these films by growing them on substrates with different crystal structures. A particularly interesting case is the lanthanum-cobalt oxide, LaCoO3, or LCO for short. As a bulk crystal, LCO is not magnetic, but thin films of LCO grown on certain substrates exhibit ferromagnetic ordering. Previous attempts to explain this induced magnetism have been unable to incorporate the fact that the atomic arrangement, or crystal symmetry, of epitaxial LCO film is distinct from that of both its bulk phase and its substrates. This symmetry mismatch leads to additional structural distortions in LCO thin films, as observed in x-ray experiments performed at the U.S. Department of Energy’s Advanced Photon Source (APS) and elsewhere.
11-ID-D 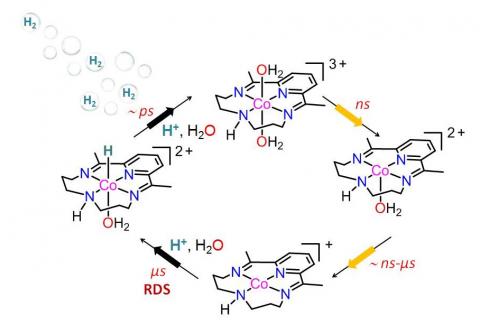 Faking Photosynthesis to Make Hydrogen Fuel
Humans can learn a lot from plants. With energy from the sun, protein catalysts in plants efficiently split water to generate oxygen, storing the energy as carbohydrates. Scientists would like to perform a similar trick, using solar energy to split water and produce hydrogen fuel. Hydrogen fuel burns clean, producing only water as a byproduct, but splitting water is not an efficient task for humans. Researchers have taken baby steps toward artificial photosynthesis, building solar-powered water-splitting catalysts in the laboratory, but so far these catalysts remain far less efficient than their vegetal counterparts. One reason it's difficult to improve catalytic efficiency is that scientists don't fully understand the catalysts’ water-splitting mechanism.
11-ID-D
Newly-Discovered Semiconductor Dynamics May Help Improve Energy Efficiency
Researchers utilizing intense x-ray beams from the U.S. Department of Energy’s Advanced Photon Source (APS) examined the flow of electricity through semiconductors and uncovered another reason these materials seem to lose their ability to carry a charge as they become more densely “doped.” Their results, which may help engineers design faster semiconductors in the future, were published online in the journal ACS Nano.
10-ID-B, 11-ID-D, 12-ID-B 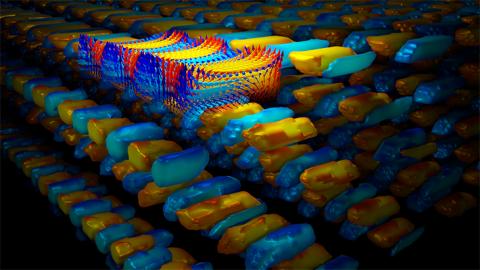 Supercrystal: A Hidden Phase of Matter Created by a Burst of Light
"Frustration" plus a pulse of laser light resulted in a stable "supercrystal" created by a team of researchers from two U.S. universities and three U.S. Department of Energy national laboratories, including Argonne National Laboratory.
7-ID-B,C,D, 11-ID-D, 33-BM-C, 33-ID-D,E 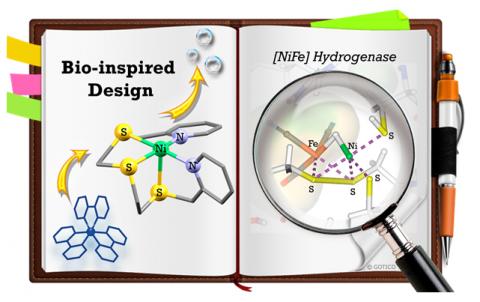 A Deeper Look into Bio-Inspired Catalysts
Developing hydrogen as a fuel is important for both economic and environmental reasons. This work carried out at the U.S. Department of Energy’s Advanced Photon Source advances our understanding of the charge-separation dynamics that occur in bio-inspired photocatalytic systems for the hydrogen evolution reaction.
9-BM-B,C, 11-ID-D 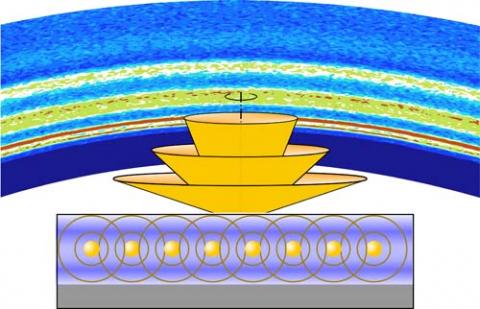 An X-ray Waveguide Probe into Ultra-thin Nanostructure Films
Scientists from the U.S. Department of Energy’s Advanced Photon Source have demonstrated a new research technique that address a broad range of questions concerning nanostructures of ultra-thin film that are an indispensable component of many electronic and photonic technologies.
7-ID-B,C,D 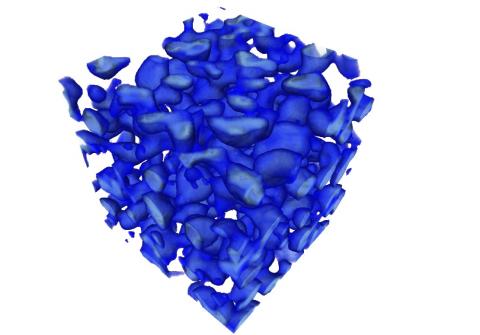 Putting the Starch in Tissue-Like Materials
Scientists using the U.S. Department of Energy's Advanced Photon Source show that hydrated starch granules mixed into conventional hydrogels can create tissue-like materials that could someday be used to create soft robots and biomedical implants with functionality beyond that of natural systems.
2-BM-A,B, 7-ID-B,C,D 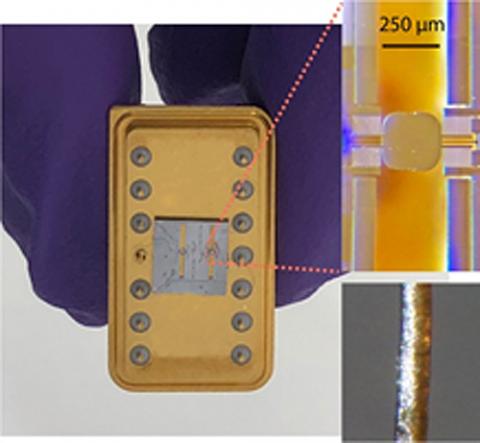