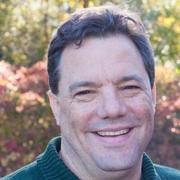 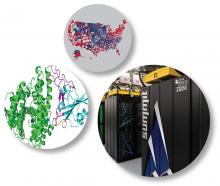 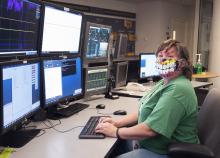 Working at Nearly the Speed of Light: The APS Main Control Room Operators
Someone has to drive this machine, especially when it’s travelling at nearly the speed of light. Meet (most of) the Main Control Room operators who are part of the Accelerator Systems Division in the Advanced Photon Source at the U.S. Department of Energy’s Argonne National Laboratory.
09.29.2020

APS People are UChicago Argonne Board of Governors Award Winners
Two members of the Advanced Photon Source/Photon Sciences Directorate, and the daughter of another Photon Sciences staffer, were among the more than 70 Argonne National Laboratory community members who were honored at a virtual awards ceremony hosted by the UChicago Argonne Board of Governors on Wednesday, September 16, 2020.
09.15.2020

Carbon-rich planets made of diamonds may exist beyond our solar system, study says
Exoplanets, or planets outside of our solar system, that contain more carbon than Earth could be made out of diamonds, according to a new study based on research at the U.S. Department of Energy's Advanced Photon Source at Argonne National Laboratory.
09.11.2020 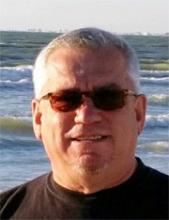 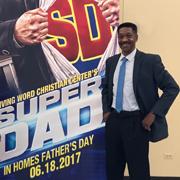 Andre McKenzie of APS Passes Away
We note the passing of Andre McKenzie on July 11, 2020. Andre was a valuable and valued member of the Argonne National Laboratory and Advanced Photon Source families for many years.
08.31.2020

White House Office of Technology Policy, National Science Foundation and Department of Energy Announce Over $1 Billion in Awards for Artificial Intelligence and Quantum Information Science Research Institutes
The White House Office of Science and Technology Policy, the National Science Foundation (NSF), and the U.S. Department of Energy (DOE) announced over $1 billion in awards for the establishment of 12 new artificial intelligence (AI) and quantum information science (QIS) research institutes nationwide.  The $1 billion will go towards NSF-led AI Research Institutes and DOE QIS Research Centers over five years, establishing 12 multi-disciplinary and multi-institutional national hubs for research and workforce development in these critical emerging technologies. Together, the institutes will spur cutting edge innovation, support regional economic growth, and advance American leadership in these critical industries of the future.  Led by the U.S. Department of Energy’s (DOE) Argonne National Laboratory, Q-NEXT is one of the five Quantum Information Science Research Centers to be established by DOE.
08.20.2020 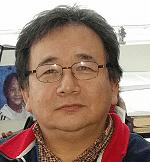 Chen of ChemMatCARS Wins DECTRIS Award 2020 for Work on In Situ Structural Analysis of Metal-Organic Frameworks
Yu-Sheng Chen, a research professor at the University of Chicago and Operations Manager for the ChemMatCARS Sector 15 x-ray beamllnes at the U.S. Department of Energy’s Advanced Photon Source (APS)  has been named the recipient of the 2020 DECTRIS Award sponsored by the DECTRIS detector manufacturer for studies of metal-organic frameworks carried out at ChemMatCARS. The awarded work was published in the journal Nature Chemistry and highlighted on the APS web site.
08.19.2020

APS Engages in Latest Argonne Effort on Diversity, Equity, and Inclusion
APS Director Stephen Streiffer and the Photon Sciences Directorate Diversity and Inclusion Council strongly encouraged staff and beamline personnel to take advantage of the latest Argonne initiative on diversity, equity, and inclusion. In the workshop, “Equity-mindedness: Identifying and Interrupting Implicit Bias through Candid Conversations,” participants learn more about their own socialization and social identities along with the conscious and unconscious prejudices and bias they may hold. Furthermore, they learn to identify and challenge unexamined beliefs about self and others and understand how these beliefs have contributed to inequity.
08.07.2020

Ming Du and Chris Jacobsen of the APS Garner a Leadership Computing Challenge Award
Ming Du and Chris Jacobsen have been awarded 250,000 node hours on the Argonne Leadership Computing Facility’s Theta computer by the U.S. Department of Energy’s (DOE’s) Advanced Scientific Computing Research program Leadership Computing Challenge. The computer time will be used for “Distributed large wavefield propagation and 3D reconstruction beyond the depth of focus limit.” Du is an Advanced Photon Source postodoctoral appointee; Jacobsen is an Argonne National Laboratory Distinguished Fellow and Special Advisor to the APS Director for Imaging and Instrumentation, and a professor in the Department of Physics and Astronomy at Northwestern University.
08.06.2020

The APS is Playing an Important Role in COVID-19 Research
Recently, the Advanced Photon Source (APS) User Program Office received a question from a student asking why the APS had not yet found a COVID-19 vaccine. Bob Fischetti, Life Science Advisor to the APS Director and Group Leader of GM/CA-XSD, drafted a detailed reply that the User Office staff thought was so informative, they suggested we share it with all of you.
07.29.2020 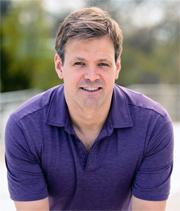 APS User William Dichtel Receives Prestigious Blavatnik National Award in Chemistry
Northwestern University organic chemist William Dichtel has been named the National Laureate in Chemistry by the 2020 Blavatnik National Awards for Young Scientists.  Dichtel is a user of the research capabilities afforded by the high-brightness x-rays produced at the U.S. Department of Energy’s Advanced Photon Source.
07.23.2020

Argonne Breaks Ground On New State-of-the-Art Beamlines for the Advanced Photon Source
In a socially distanced ceremony held on the morning of July 22, 2020, at the U.S. Department of Energy’s Argonne National Laboratory, leaders from DOE, Argonne, and the University of Chicago broke ground on the future of x-ray science in the United States.
07.20.2020

Keeping the Light On at the Advanced Photon Source
When Argonne National Laboratory entered minimum safe operations status in order to minimize on-site personnel in response to the COVID-19 pandemic, a rotating number of Advanced Photon Source technical staff were among those who came on site to keep the APS operational in support of the critical novel coronavirus-related research ongoing at the beamlines. Here are a few of those people who kept the light on at the APS.
07.15.2020

Rebirth of the European Synchrotron Radiation Facility
A brilliant new light shines in Grenoble, France, where officials at the European Synchrotron Radiation Facility last week announced the reopening of their completely rebuilt x-ray source. ESRF will have a few years to press its advantage. Its nearest competitor, the Advanced Photon Source (APS) at Argonne National Laboratory in Illinois, will undergo a similar yearlong rebuild in 2022, says APS Director Stephen Streiffer. “We see the two machines not so much as competitors but as sister facilities,” Streiffer says. “There’s plenty of discoveries to go around.”
07.14.2020

National Virtual Biotechnology Laboratory Unites DOE Labs Against COVID-19
Facing a global pandemic, the Department of Energy’s national laboratories are mobilizing on a national scale in ways similar to their origins in the Manhattan Project and launching the National Virtual Biotechnology Laboratory.
"APS/User News" is produced by the PSC Communications and Information Office, and the APS User Office.
Address comments or questions to apsnews@aps.anl.gov