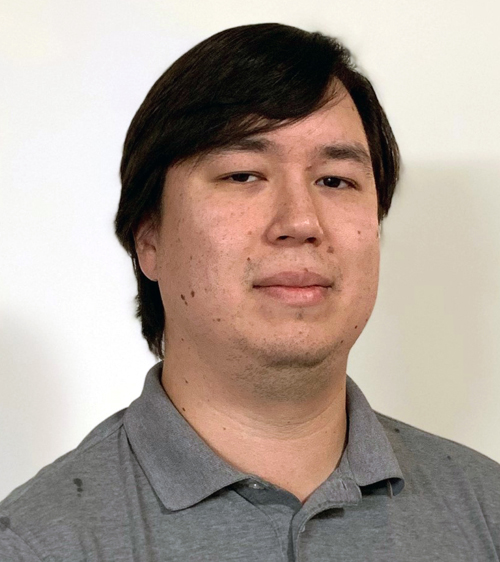 Michael J. Wojcik, a physicist with the X-ray Science Division Optics Group at the U.S. Department of Energy’s (DOE’s) Advanced Photon Source, is a co-winner of a 2020 R&D 100 Award for the X-ray Polarizing Beam Splitter (XRPBS). Other members of the team that developed the XRPBS are Radu Presura (principal investigator), Mathew Wallace, and Showera Haque, all from the DOE’s Nevada National Security Site.

The XRPBS is the first-ever instrument to combine an x-ray polarizer and an x-ray beam splitter. The instrument uses a single cubic crystal to separate an incoming x-ray beam into two polarized beams, enabling the measurement of both components simultaneously. The technology relies on asymmetric reflections on two internal planes of a crystal to split an x-ray beam into two components according to their polarization. The tool can be used for plasma diagnostics and for analyzing the linear polarization state of an x-ray beam, and can even be used in reverse to combine two x-ray beams into one.

The R&D 100 Awards have served as the most prestigious innovation awards program for the past 56 years. The R&D 100 Conference was launched in 2015 as an executive educational event that both celebrates the historic R&D 100 Awards and provides unique opportunities for R&D professionals to learn, network, and collaborate. This year’s awards celebration and presentation took place virtually on September 30 and October 1, 2020.

Argonne scientists have received more than 130 R&D 100 Awards since the competition began. Past winners include Fortune 500 companies, other national laboratories, academic institutions and smaller companies. Other Argonne winners this year include:

• Kyle Burke Pfeiffer for the Resiliency Analysis and Planning Tool that provides emergency managers with information about vulnerable populations in their regions, helping them to better understand and evaluate their communities’ resilience to disasters;

• Vineeth Gattu for the ElectroCorrosion Toolkit™ that is the only testing protocol that predicts the corrosion behavior of materials under actual in-service conditions, enabling manufacturers to accurately evaluate and characterize their materials and coatings;

• Di-Jia Liu for a highly effective, efficient, and durable catalyst for electrochemical conversion of CO2 and water to value-added products;

• Shabbir Ahmed for BatPaC, a battery performance and cost model;