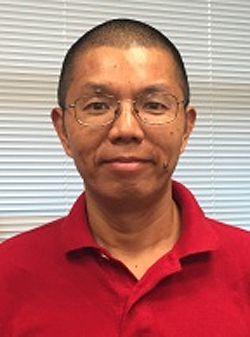 According to the Protein Society, Qingping Xu obtained his undergraduate education in physics at Anqing Normal University, Anhui, China, and took his Ph.D. in biochemistry at the University of Oklahoma. He has determined many protein structures and worked on understanding their functions through worldwide collaborations at the Joint Center for Structural Genomics consortium at Stanford, led by Ian Wilson. Qingping is currently a software developer with the XSD National Institute of General Medical Sciences and National Cancer Institute (GM/CA-XSD) structural biology facility at the Advanced Photon Source. His work at GM/CA-XSD focuses on helping synchrotron users collect better data more efficiently by developing new software and participating in user research.

The Protein Society (TPS) is a not-for-profit scholarly society. Since 1985, TPS has served as the intellectual home of investigators across all disciplines - and from around the world - involved in the study of protein structure, function, and design. TPS provides forums for scientific collaboration and communication and supports professional growth of young investigators through workshops, networking opportunities, and by encouraging junior researchers to participate fully in the Annual Symposium. As well as the meeting, the Society’s prestigious journal Protein Science, edited by Brian Matthews, serves as an ideal platform for furthering the science of proteins in the broadest possible sense.