The 2019 Nobel Prize in Chemistry: Charging Up the Development of Lithium-Ion Batteries 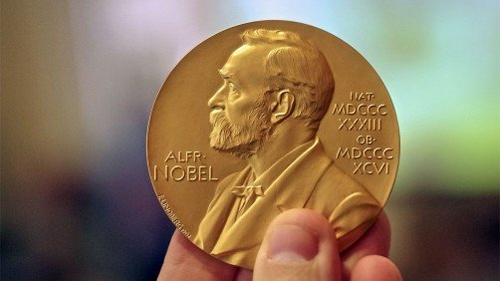 Congratulations to the new Nobel laureates M. Stanley Whittingham, John Goodenough, and Akira Yoshino! On October 9, the Nobel committee recognized their work in developing lithium-ion batteries. These batteries have enabled a huge number of advances, including mobile phones and plug-in electric vehicles. From transportation to grid resiliency, lithium-ion batteries are essential to a sustainable future. We at the Department of Energy’s (DOE) Office of Science are proud to have supported research by Whittingham and Goodenough. We have also funded research by many scientists who have built upon their innovations.

Whittingham started on the research that led to his breakthrough at Stanford University. Early in the 1970s, he discovered how to store lithium ions within the layers of a disulfide material. After getting hired by Exxon, he improved on this innovation. In 1976, Exxon patented a lithium-based battery based on his design.

After Whittingham developed his battery at Exxon, Goodenough improved upon it at the University of Oxford. With help from his post-docs, Goodenough found a better cathode material in 1980. Using lithium-cobalt oxide in the cathode, the positively charged end of the battery, vastly improved its stability. Using that cathode and the anode developed in Japan by Yoshino, Sony sold the first rechargeable lithium-ion battery in 1991. Computers and mobile phones still use the design today. One of Goodenough’s post-docs, Michael Thackeray, moved to Argonne in 1994, where he’s currently an Emeritus Scientist and Associate.

Committed to improving the design, Goodenough moved to the University of Texas at Austin in 1986. The Office of Science has funded him there to study better battery materials. He’s also used the Spallation Neutron Source (a DOE Office of Science user facility) to characterize the structure of those materials. In addition to his own research, he’s advised consortia supported by DOE. He’s been an advisor for the Joint Center for Energy Storage Research (the DOE Batteries and Energy Storage Energy Innovation Hub) and the Battery500 consortium hosted by DOE’s Pacific Northwest National Laboratory. In 2009, DOE presented him with the prestigious Enrico Fermi Award for his contributions to materials science and technology.

Goodenough and Whittingham have both provided guidance to the Office of Science itself. They played major roles in writing the 2007 Basic Research Needs for Electrical Energy Storage report. Those recommendations have guided the Office of Science’s battery research for many years. Whittingham also participated in developing the 2017 follow-up report, Basic Research Needs on Next Generation Electrical Energy Storage.

DOE’s Office of Science continues to support an array of lithium-ion battery research that builds on their work.

While Sony’s 1991 battery was suitable for small electronics, it wasn’t powerful enough for cars. Researchers at Argonne used the Advanced Photon Source, a DOE Office of Science user facility, to watch chemical interactions inside batteries. This analysis led to EERE developing a new cathode. Multiple car companies later used this cathode in plug-in electric vehicle batteries. Battery researchers at several national laboratories continue to use the X-rays from the Office of Science’s light sources. Having a front-row view to charging processes helps scientists understand why batteries fail and how to improve them.

Besides the national labs, the Office of Science collaborates with a variety of institutions on battery research. University partners include MIT, UCLA, University of Delaware, Rice University, and Purdue University. It supports six other Energy Frontier Research Centers that focus on batteries: Center for Synthetic Control Across Length-scales for Advancing Rechargeables, Center for Electrochemical Energy Science, Center for Mesoscale Transport Properties, Breakthrough Electrolytes for Energy Storage, Fluid Interface Reactions, Structures and Transport Center, and Nanostructures for Electrical Energy Storage. Research funded by the Office of Science includes analyzing the parts of batteries that conduct ions, creating new cathode materials, understanding the role of defects, and demonstrating how oxygen can damage batteries.

We salute the new Nobel laureates for their work. We are proud to have played a role in this essential research as well as continuing to support these technologies.

The Office of Science is the single largest supporter of basic research in the physical sciences in the United States and is working to address some of the most pressing challenges of our time. For more information please visit https://www.energy.gov/science