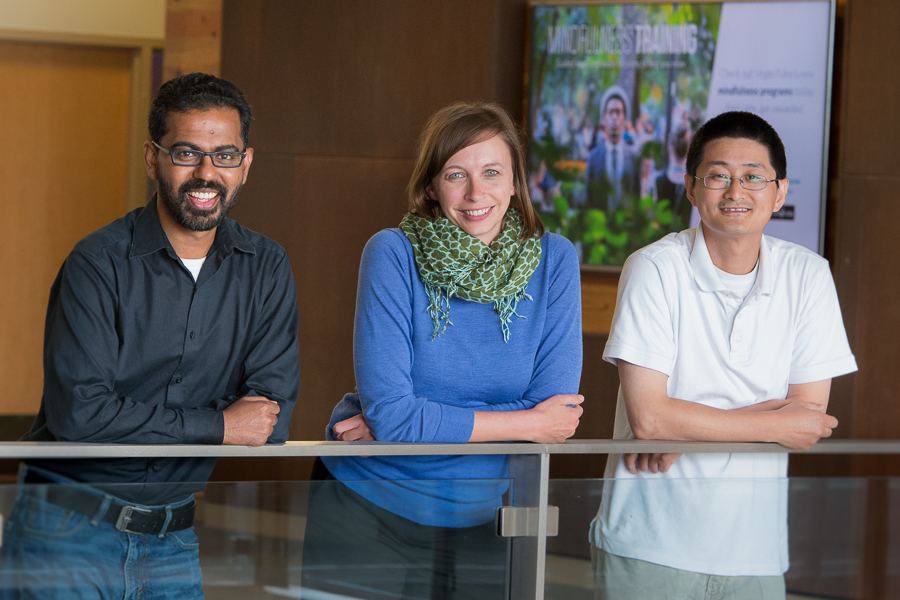 Argonne physicist Zhang Jiang of XSD, Argonne computer scientist Prasanna Balaprakash (Mathematics and Computer Science Division), and Argonne chemist Karen Mulfort (Chemical Sciences and Engineering Division) are among the 84 U.S. scientists chosen to receive this honor. The awards, designed to bolster the nation’s scientific and workforce, provide support to exceptional researchers during the crucial early career years, when many scientists do their most formative work.

“Supporting talented researchers early in their career is key to building and maintaining a skilled and effective scientific workforce for the nation. By investing in the next generation of scientific researchers, we are supporting lifelong discovery science to fuel the nation’s innovation system,” said Secretary of Energy Rick Perry. “We are proud of the accomplishments these young scientists have already made, and look forward to following their achievements in years to come.”

The recipients were chosen from a competitive pool of candidates from DOE national laboratories and U.S. universities nationwide. Selections were made based on rigorous peer review from outside scientific experts. Each awardee from Argonne will receive $500,000 or more per year for five years to advance their research.

“Many of the functional properties of advanced materials are defined along the surfaces and interfaces at a length scale between one nanometer and several micrometers,” Jiang said. “By measuring and studying the evolution of these surface structures and the interfaces at this scale, we can better understand how desirable properties emerge and could potentially be controlled.”

Jiang’s work in XSD will support research to better control the synthesis and fabrication of advanced materials, which is a challenge due to their complexity and heterogeneity. Possible applications for the technique include the study of materials used in energy-related devices and photonics.

“Along with growing our knowledge of the physics of advanced materials, this project will deepen our understanding of x-ray scattering at surfaces, furthering the application of reflective optics ahead of the much-anticipated upgrades to the Advanced Photon Source and other facilities,” Jiang said.

“I am grateful to the Department of Energy for this award and I am excited to do this research at Argonne, where artificial intelligence is a strategic focus area and where the first U.S. exascale supercomputer will arrive in 2021,” Balaprakash said.

Karen Mulfort seeks to understand the effect of the environment on the way molecules interact with light and with each other. More specifically, her work will examine molecular interactions taking place within confined nanostructures.

“We know a lot about how molecules behave when they’re free to move around in a solution, for example. What’s different about this work is that we’re studying behavior in a more controlled, structured environment,” said Mulfort, who works in Argonne’s Chemical Sciences & Engineering division. “We want to see if we tailor the environment around these molecules whether we can change their interaction with light and how they interact with each other after absorbing light.”

“This award gives us an incredible opportunity to build on some of the work we’ve been doing in our core programs, and leverage the amazing expertise and facilities we have here at Argonne,” Mulfort said.