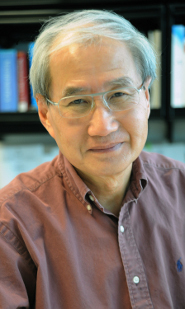 The 2013 U.S. Particle Accelerator School (USPAS) Prize for Achievement in Accelerator Physics and Technology has been awarded to Argonne Distinguished Fellow Kwang-Je Kim.

Kim, of the Argonne Accelerator Systems Division at the U.S. Department of Energy Office of Science's Advanced Photon Source, was presented with the award for "... a life-time of leadership in beam physics and for significant theoretical contributions improving our understanding of photocathode electron guns, synchrotron radiation and free- electron lasers, and for his work educating young scientists."

The USPAS prize honors individuals by recognizing their outstanding achievements over the full range of accelerator physics and technology. The prizes are awarded on a competitive basis without bias to race, sex, and/or nationality. Two USPAS achievement prizes are awarded every two years; this year, one of the prizes, awarded to a young scientist under 45 years of age, went to Jean Luc Vay of Lawrence Berkeley National Laboratory (LBNL). The awards were presented at the 2013 North American Particle Accelerator Conference held in Pasadena, California.

Kwang-Je Kim earned his B.S in Physics from Seoul National University in 1966, and his Ph.D. in Elementary Particle Physics from the University of Maryland in 1970. He worked as a Post Doctoral Fellow in the Theory Group at the Stanford Linear Accelerator Center from 1970-1973; as a Post Doctoral Scientist at the Max-Planck Institut fuer Physik und Astro-Physik in Munich (Germany) from 1973-1975; and as an Assistant Professor at the University of Mainz (Germany) from 1975-1978. His accelerator physics career began in 1978 when he joined the Accelerator and Fusion Research Division at LBNL as a Staff Scientist, rising to Senior Staff Scientist and Deputy Head of the Center for Beam Physics. He came to Argonne as Associate Division Director in the Accelerator Systems Division in 1998. He was named a Professor of Physics (part time) at The University of Chicago in 2000. At Argonne, he served as Leader for Coordination of Accelerator Research from 2002 until 2006, when he became Founding Director and then Chief Scientist of the Argonne Accelerator Institute. Kim has been a Distinguished Guest Professor at POSTECH (South Korea) since 2010.

He was named an Argonne Distinguished Fellow in 2003, is a Fellow of American Physical Society, and has served on numerous U.S. and international advisory committees. He was the recipient of the International Free Electron Laser Award in 1997 and is the author or co-author on more than 60 peer-reviewed articles in leading scientific journals.

The Advanced Photon Source at Argonne is supported by the U.S. Department of Energy Office of Science under contract DE-AC02-06CH11357.