Babu and Luo earned their awards in the Applied and Engineering Research Category. 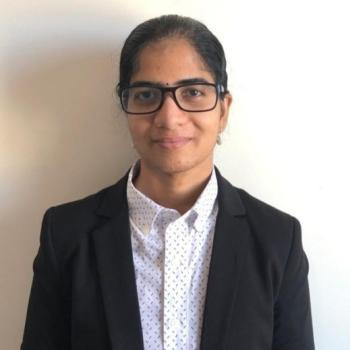 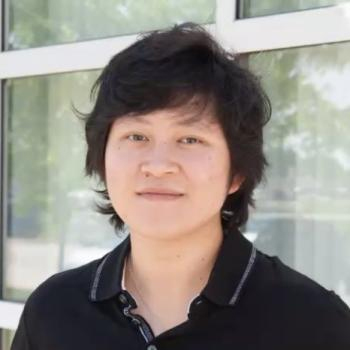 As noted in the original Argonne press release by Jared Sagoff (Communications and Public Affairs), Anakha Babu, who was a postdoc in the X-ray Science Division (XSD) Computational X-Ray Science (CXS) and Detector (DET) groups (now a staff member in the XSD Beamline Controls Group) of the APS, an Office of Science user facility at Argonne, is involved in developing deep-learning-accelerated data compression and analysis techniques at the edge of x-ray detectors for the upgrade to the APS. Babu led the development of a real-time, streaming ptychographic imaging framework using deep learning at the edge (edgePtychoNN). Her framework for Artificial Intelligence on Edge computing devices (AI@Edge) is being adapted by other APS beamlines as well.

Yanqi (Grace) Luo, a postdoc in the XSD Microscopy Group, is an expert in synchrotron methodologies and correlative microscopy development. She has developed a feature-based registration approach to analyze multi-scale images and built a novel software package to enable interactive data acquisition and visualization. The software has greatly advanced experiment automation and significantly increased the beamtime efficiency. She also carried out multi-scale tomography enabled by secondary sample preparation with a focused ion beam. Her recent contribution in integrating visible photon collection/illumination optics at various beamlines enables simultaneous X-ray and optical microscopy characterization. This development reveals the impact of the local chemical bonding environment and structural evolution on optical properties in energy harvesting and biological materials at the nanoscale. These contributions made her the winner of the 2022 Werner Meyer-Ilse Memorial Award presented by the 2022 International Conference on X-ray Microscopy.

The Argonne National Laboratory 2022 Outstanding Postdoctoral Performance Awards were established by Argonne to recognize postdoctoral researchers who have made significant contributions to their research field, shown ingenuity in problem solving, demonstrated collaborative and leadership ability, made a significant impact on Argonne and DOE missions, and demonstrated Argonne’s core values through their work.

“Congratulations to this year’s awardees, who are pushing the frontiers of basic and applied research. They reflect the diverse expertise among Argonne’s world-class community of talent,” said Argonne Director Paul Kearns. ​“Their success supports our mission to accelerate the science and technology that drive U.S. prosperity and security.”

Awards were presented at a hybrid ceremony on Oct. 26, 2022 at the Annual Postdoctoral Research and Career Symposium.

The U. S. Department of Energy Office of Science’s Advanced Photon Source (APS) at Argonne National Laboratory is one of the world’s most productive X-ray light source facilities. The APS provides high-brightness X-ray beams to a diverse community of researchers in materials science, chemistry, condensed matter physics, the life and environmental sciences, and applied research. These X-rays are ideally suited for explorations of materials and biological structures; elemental distribution; chemical, magnetic, electronic states; and a wide range of technologically important engineering systems from batteries to fuel injector sprays, all of which are the foundations of our nation’s economic, technological, and physical well-being. Each year, more than 5,000 researchers use the APS to produce over 2,000 publications detailing impactful discoveries, and solve more vital biological protein structures than users of any other X-ray light source research facility. APS scientists and engineers innovate technology that is at the heart of advancing accelerator and light-source operations. This includes the insertion devices that produce extreme-brightness X-rays prized by researchers, lenses that focus the X-rays down to a few nanometers, instrumentation that maximizes the way the X-rays interact with samples being studied, and software that gathers and manages the massive quantity of data resulting from discovery research at the APS.