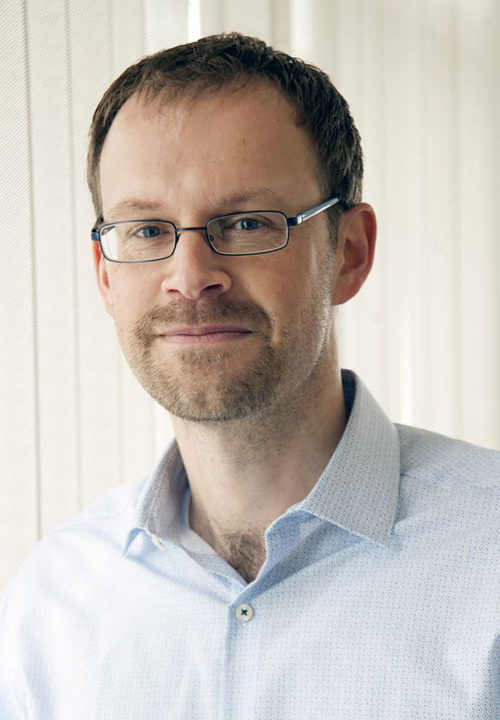 Stefan Vogt of the U.S. Department of Energy’s (DOE’s) Advanced Photon Source (APS) has been selected as 1 of 3 Argonne National Laboratory researchers to participate in the DOE’s Oppenheimer Science and Energy Leadership Program (OSELP).

Vogt is the Associate Division Director for Beamline Science in the X-Ray Science Division (XSD) of the APS, a DOE Office of Science user facility at Argonne.

XSD Director Jonathan Lang said of Vogt’s selection: “This is certainly a well-deserved honor. Stefan has been, and continues to be, a major contributor to the success of the APS programs, both as a researcher and a member of the APS management team.”

OSELP is intended to prepare the next generation of scientific leaders. Through site visits to national labs and the development of strategic think-pieces, OSELP immerses its fellows in the singular breadth, diversity, and complexity of the national labs, DOE, and their partners. OSELP represents a collective commitment from all DOE national labs to cultivate the leaders needed to sustain long-term impacts throughout the complex.

The sixth OSELP Cohort consists of 34 individuals representing 16 of the DOE national labs, with professional backgrounds spanning technical, operational, and strategic domains. Selection as an Oppenheimer Fellow is a highly competitive process. Candidates are nominated by national lab directors, assessed by a committee of former national lab directors and former senior DOE officials, and accepted into the program by the National Laboratory Directors’ Council (NLDC).

The U.S. Department of Energy Office of Science's APS at Argonne National Laboratory is one of the world’s most productive x-ray light source facilities. Each year, the APS provides high-brightness x-ray beams to a diverse community of more than 5,000 researchers in materials science, chemistry, condensed matter physics, the life and environmental sciences, and applied research. Researchers using the APS produce over 2,000 publications each year detailing impactful discoveries, and solve more vital biological protein structures than users of any other x-ray light source research facility. APS x-rays are ideally suited for explorations of materials and biological structures; elemental distribution; chemical, magnetic, electronic states; and a wide range of technologically important engineering systems from batteries to fuel injector sprays, all of which are the foundations of our nation’s economic, technological, and physical well-being.