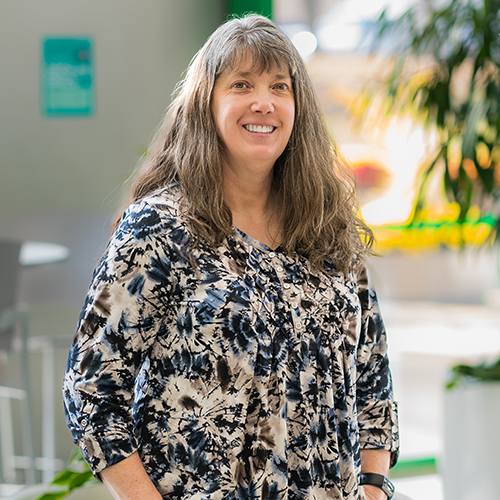 Ask most people to describe shutters and they’ll mention functional or decorative additions to the windows of a house. But ask Anne Boron, safety systems interlocks engineer with the U.S. Department of Energy’s (DOE) Argonne National Laboratory, and you’ll get a different answer entirely.

Boron works at the Advanced Photon Source (APS), a DOE Office of Science user facility at Argonne, and for her, shutters are an imperative part of the safety systems she helps implement. The APS is a source of high-energy x-ray beams, and exposure to those beams could lead to harmful effects such as skin burns, hair loss and damage to cellular DNA.

Hence, the shutters. At each experiment station around the APS ring, these metal gates act like the shutters on a camera that allow light to pass through. The APS shutters keep the beam contained and, when opened, allow it to safely enter the experiment stations for researchers to use. Making sure these shutters work as designed is the purview of Boron, a 22-year employee at Argonne and the APS, and the team of seven technicians and 10 staffers she works with.

Maintaining the safety of researchers and eliminating the radiation risk is Boron’s mission.

“If you aren’t thinking about getting the system to operate well and keep people safe, then you shouldn’t be working on it. Safety is our number one priority,” Boron said.

Think of the x-rays you receive at the dental office, where you wear a lead apron for protection from a tiny amount of radiation. At the APS, the x-ray beams are one billion times brighter than the ones at the dentist. To keep the scientists safe, there are numerous safeguards in place when an experiment is occurring.

For instance, each experiment station around the storage ring is a steel-clad lead enclosure that cannot be opened while an experiment is in progress. Each door to the experiment station is designed to keep radiation from leaving the enclosure, is equipped with no-access signs that indicate the station is not safe for entry, and is unable to be operated until the x-ray beam is stopped by the shutter. Additionally, before experimenters are granted use of the beam, Boron’s team undertakes a series of checks to ensure all safety systems are working.

When the upgrade to the APS storage ring is complete, the new feature beamlines will be fitted with an updated personnel safety system (PSS). This complex monitoring and control system is an integral part of radiation protection at the APS and maintained by Boron’s team, the Safety Interlocks group. The PSS is used to control access to experiment stations, control safety shutter operation, and regulate indicator lights that tell users the status of doors and shutters. The system also alerts the team if a component is starting to fail so it can be fixed before a real safety issue arises.

The commitment to safety won't end with the APS Upgrade Project. Safety is a long term commitment which comes with reviews, upgrades, regular maintenance and a continuous improvement process. Boron’s team will continue to update the systems on each of the beamlines during annual maintenance shutdowns in the following years.

For the APS Upgrade Project, which Boron has been working on for about three years, she orders parts, creates drawings, writes and reviews code, and provides technicians with the parts they need to build the assemblies used in the PSS systems.

What does a safety situation at the APS look like for the Boron and her team? If a door to an experiment station was opened while the beam was being used for an experiment, a scientist or anyone else could be exposed to those x-ray beams. The PSS would immediately send out a notice, or a fault report, across the APS.  The systems interlocks team would ‘dump the beam,’ which is like pulling the plug on the equipment used to generate the ultrabright x-ray beam.

Once electricity ceases to flow to those devices, the beam is gone. In an instance where the beam was not being used, the team would not have to dump the beam and would just close the shutters.

A significant moment in Boron’s career occurred when the COVID-19 pandemic began and the only research that could be conducted at the APS was related to fighting the disease. Deemed essential because she worked on the system that was necessary to keep the researchers safe, Boron found herself directly impacted by the work at the APS.

“Sometimes we are a bit more removed from the research being conducted, but during that uncertain time, it was very applicable to reality,” she said. “It was also really rewarding to know that we were in some way a part of it. It was really a wow moment. We were a part of this effort, even though we were just supporting the scientists by monitoring safety systems.”