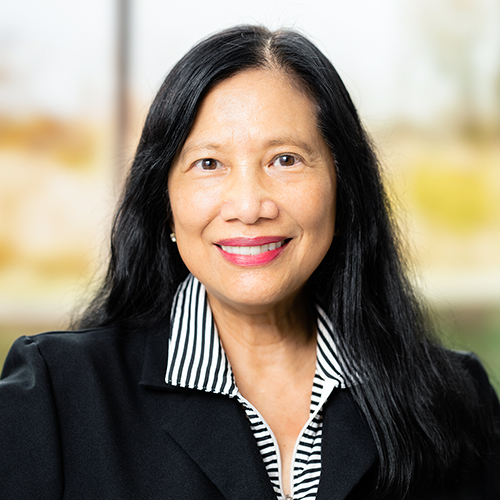 Looking for a role that could let her creativity and innovation shine, Maria O’Neill joined the U.S. Department of Energy’s (DOE’s) Argonne National Laboratory as a mechanical designer in 2013.

“I always want to use my brain and the way my brain works is to think logically and creatively. When you have a concept in your mind, you run with it and bring it to life to become real, that is exciting. When things that you once had in your head and are then right in front of you, that’s amazing,” said O’Neill.

Even without any prior x-ray light source experience, she started designing vacuum-related components for the major upgrade of the Advanced Photon Source (APS), a DOE Office of Science user facility at Argonne.

But before O’Neill could truly start on her job, she needed to learn the language of the APS.

“When I started walking around the storage ring for the first time, I saw a lot of acronyms,” she reminisced. “I started making an acronym list and would test my knowledge when I would walk around the ring again."

The APS Upgrade Project will replace the existing electron storage ring with a new magnetic lattice called a multi-bend achromat (MBA). This new design will reduce the electron beam's horizontal emittance by bending the beam more gently and refocusing it much more than the existing APS does. This results in a smaller electron beam size, which leads to smaller x-ray beams that allow measurements at higher resolutions.

The result, once the electrons are manipulated into giving off ultrabright light, will be x-ray beams that are up to 500 times brighter than those currently generated at the APS.

As O’Neill can tell you, the storage “ring” is not a typical round ring, but more of a polygon that combines segments of straight sections that are angled together, then interconnected with bending magnets called dipoles to form the shape of a ring. These dipole magnets are used to steer electrons around the ring. O’Neill and her team were charged with designing an important part of them.

That part is called a longitudinal gradient L-bend vacuum chamber, and one of them will be inserted inside every gradient dipole magnet in the upgraded APS.

A longitudinal gradient bend is a type of magnet that has differing powers: it’s stronger at one end of the magnet and, as the electron beam travels along the length, it gradually becomes weaker at the opposite end. The L-bend vacuum chambers provide a vacuum path for the beam to travel through and prevent the electrons from colliding with gas molecules and dissipating into the atmosphere.

The resulting electron beam that will be produced in this new configuration will be small, yet more focused and concentrated, allowing experimenters to gather even more information about various samples for their research.

O’Neill gets to really use the creative side of her brain while working with engineers in the development and hybrid design of these vacuum chambers.

“I relate my work on the APS Upgrade Project to little pieces of a puzzle that I help put together,” she said. With very demanding space constraints inside the dipoles, her team must account for every millimeter.

O’Neill starts by developing a design idea with the use of a computer-aided design software, feeding it parameters such as size, function, material, interface with other components, and accessibility. Afterwards, she spends time analyzing the design and collaborating with engineers and vendors to validate it. A 3D print of the design is made to check for fit, followed by the preparation and release of approved drawings.

How does O’Neill feel when seeing her designs come to life?

“Joy, satisfaction and pride are the first words that come to mind,” she said. “After so many years of working on this project, going from just a concept to something you can physically touch feels really good.”

Yet she knows that both the L-bend components and the upgrade they will be a part of would not be possible without the efforts of the team working on the project.

“I am proud of my contribution, but I could not do this alone,” O’Neill said. “This is a team effort, and I would like to acknowledge the collective work of the L-bend team to get it to this point. I am grateful and appreciative to be part of this team and consider them my extended family at work.”  ― Marguerite Huber