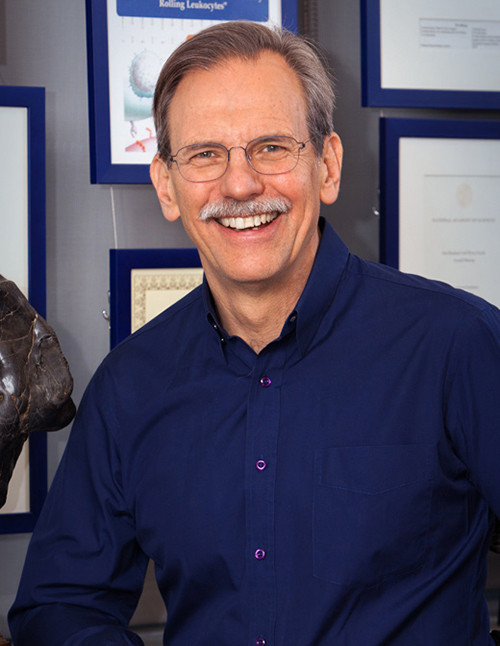 The 2022 Albert Lasker Basic Medical Research Award has been presented to Richard O. Hynes, Ph.D.; Erkki Ruoslahti, M.D., Ph.D.; and Timothy A. Springer, Ph.D., for discoveries concerning the integrins—key mediators of cell-matrix and cell-cell adhesion in physiology and disease.

Timothy Springer is a long-time user of the U.S. Department of Energy’s (DOE’s) Advanced Photon Source (APS), a DOE Office of Science user facility at Argonne National Laboratory. He has to date published 40 papers based on research at the APS, 22 of which are related to the study of integrins. These studies by Springer and his colleagues were carried out at the National Institute of General Medical Sciences and National Cancer Institute (GM/CA-XSD) structural biology facility at APS Sector 23, the Northeastern Collaborative Access Team (NE-CAT) center for advanced macromolecular crystallography at APS Sector 24, and the Structural Biology Center (SBC-XSD) national user facility at APS Sector 19.

The Lasker Awards program was created in 1945 by Albert and Mary Lasker to shine a spotlight on fundamental biological discoveries and clinical advances that improve human health, and to draw attention to the importance of public support of science. The Albert Lasker Basic Medical Research Award is “For a fundamental discovery that opens up a new area of biomedical science.”

In announcing the award, the Lasker Foundation noted that “Independently, Hynes, (Massachusetts Institute of Technology), and Ruoslahti, (Sanford Burnham Prebys, La Jolla) identified a cell-surface-associated protein that helps affix cells to the surrounding material, the extracellular matrix (ECM). Then the researchers captured a receptor to which this protein binds. In seemingly unrelated studies, Timothy A. Springer (Boston Children’s Hospital/Harvard Medical School) discovered transmembrane proteins that underlie the ability of immune cells to interact with their targets. These initially disparate lines of inquiry would converge and mushroom after the investigators realized that the proteins—now called integrins—belong to the same molecular family. Its members play central roles in an astounding array of processes in embryonic and fully formed organisms, and they offer intervention points for treating myriad diseases.

More information on the award, including a “2022 Basic Award video” can be found on the Lasker Foundation web site.