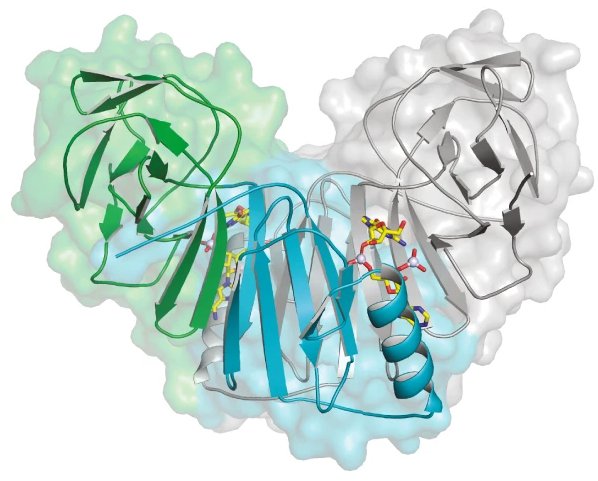 For many people, a poxvirus seems as medieval as a plague. It’s outside their personal experience with infectious diseases. In fact, the familiar childhood disease chicken pox isn’t even a poxvirus at all — it’s a herpes virus that presents with pox-like symptoms. Deadly smallpox, which is a poxvirus some do remember, was declared eradicated in 1980 by the World Health Organization (WHO) in a major victory for science and humankind.

So, why worry about a poxvirus now? And, why bother studying it?

In July of this year, the WHO declared the poxvirus known as monkeypox a global health emergency. Monkeypox is transmitted to humans through close contact with an infected person or animal, or with material contaminated with the virus. It presents as clinically similar to smallpox, although it is less contagious and less severe. It infects various species, but scientists don’t know how exactly the poxvirus maintains its circulation in nature. A better understanding of how poxviruses infect and spread so successfully among species could help target or eradicate monkeypox.

Research into the monkeypox virus is in its early stages at the Advanced Photon Source (APS), a Department of Energy (DOE) Office of Science user facility at DOE’s Argonne National Laboratory. But studies on other pox viruses may offer some insight into this family of diseases, insight that might help in the fight against the current outbreak.

In 2019 and 2020, the Kranzusch Lab of Harvard Medical School and the Dana-Farber Cancer Institute used the ultrabright x-ray beams of the APS to observe how poxviruses inhibit an immune molecule named cGAMP. The cGAMP molecule is commonly produced by mammalian cells when the cells evade viral infection. The Kranzusch Lab wanted to know under what conditions the molecule might fail to trigger an immune response.

After watching cGAMP sound the alarm upon encountering multiple viruses, the Kranzusch Lab introduced it to an isolated gene from a poxvirus. Suddenly, they saw something quite different. The poxvirus gene seemed designed to degrade the cGAMP molecule, and effectively prevented it from signaling an immune response. The poxvirus was then able to advance its infection of the host cells.

Results of the two studies were published in eLife and Nature.

“Poxviruses are unique in that they have very large genomes,” said James Eaglesham, who was the first author on the two studies as a Ph.D. student at Harvard. ​“A significant amount of poxvirus proteins are dedicated to evading or defeating immune response in any system a poxvirus goes after. Other viruses, including the RNA virus that causes COVID-19, have fewer proteins and need to rely on a relatively limited number of genes to evade the immune response.”

According to Eaglesham, poxviruses have a distinct advantage. ​“They have so much coding potential that they absorb all these different genes and use them for immune evasion,” he said.

The existing vaccine for smallpox is a candidate for monkeypox treatment, but a gentler and more targeted vaccination would be welcome.

Kay Perry, a beamline scientist at the Northeastern Collaborative Access Team (NE-CAT) 24-ID-C and 24-ID-E beamlines at the APS (which were used in the Kranzusch Lab’s studies), expects to see more research on poxviruses in response to concerns about monkeypox.

“Scientists at Harvard use the NE-CAT beamlines to look at 3D structures every month, and I expect to see more study of poxvirus protein structures,” she said. ​“The Kranzusch Lab’s research will help clarify how exactly the virus degrades the cGAMP molecule. With that information, they can conduct biochemical and biophysical studies to determine how potential inhibitors might work. That is just the beginning of the process to develop drugs that can stop viral infection.”

The APS, one of the most powerful and productive light sources in the world, is always a resource for those looking to understand and combat infectious diseases. With a major upgrade in progress that will increase the brightness of the APS beamlines by up to 500 times, scientists hope they will achieve new insights on how a virus like monkeypox can spread, succeed and, with science’s intervention, sputter out.

“People might say, ​‘We’re not getting poxvirus infections anymore — that’s a thing from past centuries, so let’s not bother studying them,’” said Eaglesham. ​“But as a species, we should do our best to understand every possible kind of virus. We don’t know what’s going to happen next. We need to do basic research to understand the mechanism by which these viruses replicate and evade human response. Then, we can engineer the next set of vaccines and therapeutics.”

The original Argonne feature story by Kristen Mally Dean can be read here.