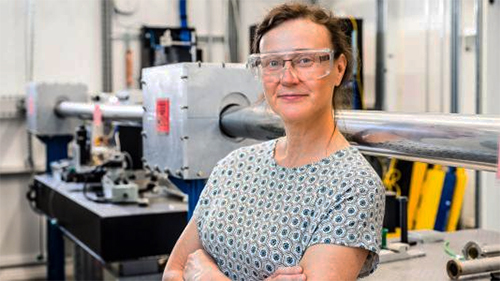 You might think of the Advanced Photon Source (APS) as one big scientific instrument.

There are, in fact, more than 60 instruments arranged around the APS ring, each one installed at research experiment stations known as beamlines. Each one uses the ultrabright x-rays of the APS, a U.S. Department of Energy (DOE) Office of Science user facility at DOE’s Argonne National Laboratory, in a different way, using specialized techniques to study a variety of materials and biological systems. For years, scientists who wanted to learn about the chemical information within a sample using a technique called spectroscopy, have been coming to several different sectors of the APS (7, 11, and 20) for this research.

But now an upgrade of the APS is in the works, one that will increase the brightness of the x-ray beams it generates by up to 500 times. The upgrade requires this spectroscopy research to coalesce and move to the previously empty Sector 25, which has been updated and rebuilt for that purpose. The move is partially driven by the nearly 600-foot-long High Energy X-ray Microscope (HEXM), a much anticipated instrument that will be built at Sector 20 and extend into the recently completed Long Beamline Building.

Along with the move, however, the spectroscopy program will be significantly improved, offering superior tools for scientists to gain a more complete picture of the objects they are studying.

“When I say ​‘move,’ it is not as simple as moving a house; you cannot just pack up, move boxes to a new location, unpack and have a beamline work,” said Shelly Kelly, physicist and leader of the X-ray Science Division (XSD) Spectroscopy Group at the APS. ​“The entire program is being rebuilt from the ground up at Sector 25.” 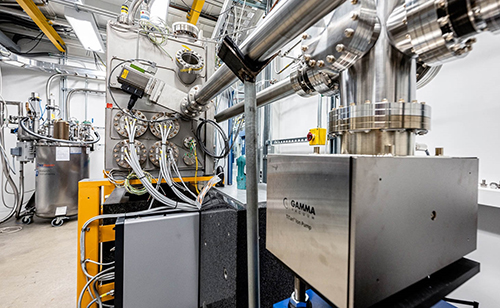 Traditionally, advanced spectroscopy at Sector 20 has offered multiple scientific tools, including the LERIX spectrometer. (LERIX stands for lower-energy resolution inelastic x-ray scattering.) Going forward, the program will continue these efforts and also share space in Sector 25 with ultrafast spectroscopy programs previously located at Sector 7 and Sector 11. However, the programs won’t share a beamline. Sector 25 will use canted undulators – two separate x-ray sources providing beams separated by a small angle – to split a single beam for use at two independent beamlines.

The upgraded beamline designated ASL (for Advanced Spectroscopy and LERIX) will offer high-resolution images with roughly 100 times greater intensity than those currently generated at Sector 20.

“That’s a major improvement that allows new types of experiments and faster experiments,” said Steve Heald, a senior Argonne physicist who has been working on Argonne beamlines since before the original APS building was even finished.

Advanced spectroscopy allows scientists to identify atoms in a sample by measuring the x-rays given off when the sample is excited by an electron beam. Acquiring a good spectrum from a sample at the APS has typically taken about 100 seconds. After the APS Upgrade is complete, scientists using a microfocused beam at the ASL should be able to do the same in less than one second. At the ASL beamline at Sector 25, researchers will be able to combine this capability with existing microprobe technology to focus on samples as small as one micron, or 1/60th of a human hair.

Taking the technology a step further researchers can use a technique called x-ray emission spectroscopy mapping to determine what elements are present in what concentrations. This will contribute to a more detailed and sophisticated — not to mention quick — revelation of sample characteristics.

“It will create what I like to call a chemically sensitive map,” said Heald. ​“It’s not just measuring what’s there, it’s measuring the chemistry of what’s there.” 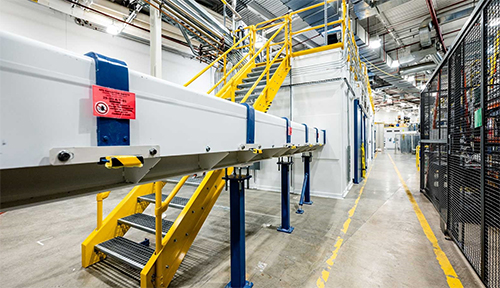 This understanding may be particularly valuable to those in geoscience. Improved measurements can determine not only what contaminants or minerals are in a soil sample, but they can also inform scientists about where they are, in what concentration they exist and in what form.

Improvements to the beamline and instruments will also be valuable to battery research, where scientists want to simultaneously collect emissions from different chemical elements such as nickel, manganese and cobalt as a battery discharges or charges, to see how the chemistry changes. New detectors in Sector 25 will allow for measurement of multiple elements at the same time, which should reduce repetition of experiments and improve reproducibility of results.

Other materials, on the other hand, are better studied with the ultrafast time-resolved instruments and techniques currently located at beamlines 7-ID and 11-ID-D. These tools are capable of following electronic and technological changes within a sample for picoseconds (one trillionth of a second), nanoseconds (one billionth of a second), or longer. In doing so, they help scientists understand incremental changes in the structure and dynamics of certain materials, such as those used in solar energy materials. This knowledge could lead to more advanced solar energy material designs, as well as other applications.

Xiaoyi Zhang, physicist and group leader of the XSD Time Resolved Research Group, is looking forward to creative collaboration between the once-separated spectroscopy programs that will now share a space at Sector 25.

“In sharing the canted beamline with the spectroscopy group, we will benefit from their expertise and many wonderful techniques,” said Zhang. ​“Many spectroscopic capabilities have not been open to the ultrafast domain yet. Our groups can work together to develop the next generation of time-resolved spectroscopy techniques.”

According to Heald, all instruments are expected to transition to Sector 25 in the fall of 2022.

“There are a lot of techniques done at Sector 20 that are moving to 25, and they will be enhanced because of the new properties associated with the upgrade,” said Kelly. ​“Many of the x-ray components will be specifically designed to take advantage of the new x-ray storage ring characteristics. In addition, our software control is going through a major revision with state-of-the-art enhancements and automation.”

Kelly shared the hope many have about the APS Upgrade and its impact on the spectroscopy group’s research: ​“The move and upgrade present exciting possibilities for as yet unimagined discoveries.”

The original Argonne feature story by Kristen Mally Dean can be read here.