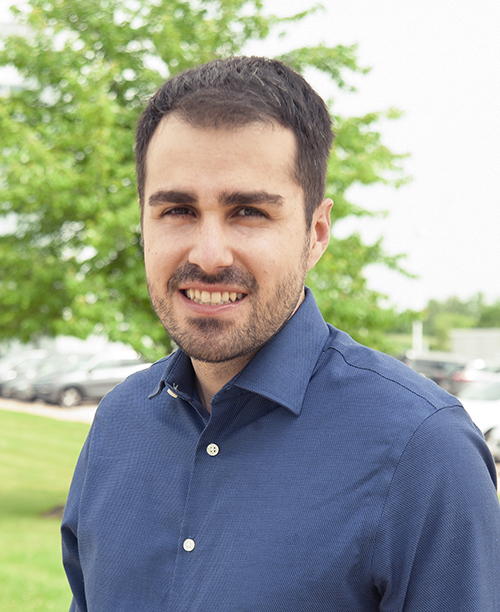 Gilberto Fabbris, a physicist with the Advanced Photon Source (APS) at the U.S. Department of Energy’s Argonne National Laboratory, is the recipient of the 2022 Alvin Van Valkenburg award for his work in the area of condensed matter physics, particularly on emergent electronic properties in strongly correlated electron systems including d-electron transition metal oxides and f-electron rare-earth and actinide compounds.

This award is given every second year in the name of renowned physicist Alvin Van Valkenburg, co-inventor of the diamond anvil cell, to honor a young scientist who uses this device in his or her scientific research. Fabbris will be presented with a medal and give a short talk on his work at the biannual 2022 Gordon Conference on Research at High Pressures, held from July 17-22, 2022, at the Holderness School, Holderness, New Hampshire.

He has tackled questions of great scientific interest including pressure-tuning of Kitaev interactions in honeycomb “iridate” lattices, understanding competition between stripe order and high-Tc superconductivity in “cuprate” superconductors, evolution of electronic ground state of heavy alkali metals, and the nature of pressure-induced “volume collapse” transitions in rare-earth metals. Through the combination of structural and electronic probes, as well as implementation of novel measurement techniques, Fabbris has been able to elucidate and manipulate the delicate interplay between lattice and electronic structure in a variety of materials at the forefront of condensed matter research. For example, in a 2016 paper, he presented the first implementation of polarized XAFS measurements in the DAC which, simultaneously with x-ray scattering from stripe order, allowed him to establish a direct correlation between local electronic stripe order, superconductivity, and short-ranged CuO6 octahedra tilts.

In addition to his impactful research published as lead author, Fabbris currently leads the high-pressure research program at beamline 4-ID-D of the APS. In that role, he intimately collaborates with a broad array of users who rely on his expertise with high-pressure techniques to advance leading questions in correlated electron physics. A recent example is his collaboration with a Los Alamos group to shed light into the nature of superconductivity in UTe2, a material candidate to display spin-triplet topological superconductivity.

Fabbris earned his B.Sc. in Physics and M.Sc. in Physics at the Universidade Estadual de Campinas and the Brazilian Synchrotron Light Laboratory, and his Ph.D. in Physics at Argonne National Laboratory and Washington University in St. Louis. He is a member of the X-ray Science Division Magnetic Materials Group at the APS.