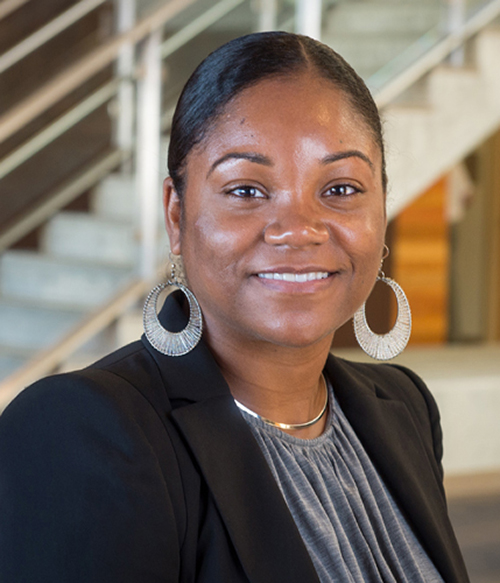 Elmie Peoples-Evans has been named project manager of the Advanced Photon Source Upgrade (APS-U) Project, effective Monday, April 25, 2022. She has been serving in this role on an interim basis since December 2021, and with this appointment she joins newly named APS-U project director, Jim Kerby, at the head of the APS-U management team.

Elmie has been an integral part of the APS-U team since joining Argonne in 2012. Prior to stepping into the interim manager role, she served as deputy project manager for three years, and before that as associate project manager of operations. She has been involved in every aspect of the upgrade project, and provides an interface with other areas of Argonne, including finance, procurement, and receiving to keep the project moving smoothly. She has extensive experience managing large projects, and she is a well-respected member of the APS-U management team.

Elmie was part of the first cohort to attend the Department of Energy's (DOE's) Project Leadership Institute (PLI) in 2017, and has remained active with the program ever since. The PLI is a course for project managers intended to develop the future leaders of major DOE projects.

"I'm thankful for the opportunity to continue to be part of the APS Upgrade Project," Peoples-Evans said. "I have helped to develop this project over the last 10 years, but at the same time, the project has helped me to develop my own career, so I am grateful on many levels."

The APS-U project will transform the APS, increasing the brightness of its x-ray beams by up to 500 times. The project will replace the current electron storage ring with a state-of-the-art multi-bend achromat lattice, and will construct nine new feature beamlines to take advantage of the improved x-ray beams. Significant enhancements will be made to several other beamlines as well.

A year-long installation period is required for the new storage ring, during which the APS will not be accessible to users. That period is scheduled to begin in April 2023.

“We’re about a year away from the scheduled start of the year-long APS-U installation period, and approximately two years away from returning the upgraded world-class facility to the scientific community,” said Kerby. “I have no doubt that Elmie is the perfect choice to manage this project as we approach and cross the finish line.”

For more information on the APS Upgrade, please visit the project web page.