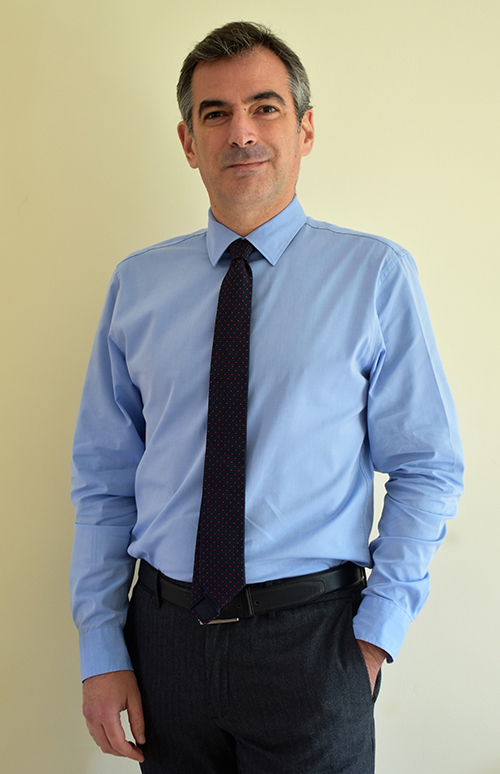 The U.S. Department of Energy’s (DOE) Argonne National Laboratory has named Laurent Chapon as associate laboratory director for Photon Sciences and director of the Advanced Photon Source (APS), a DOE Office of Science User Facility at Argonne. He will begin his new role on January 10, 2022.

Chapon will join Argonne from Diamond Light Source in the United Kingdom, where he has been the director of physical sciences since 2016. Chapon led the scientific strategy in this division and oversaw five of Diamond’s eight science groups, which encompasses 22 X-ray beamlines and two electron microscopes. He led groups dedicated to technological advancements in optics, metrology and detectors technology at the facility and oversaw the Project Office, User Office, and Experiment Hall groups.

As part of Argonne’s senior management team, Chapon will lead the APS through a time of extraordinary change. The APS Upgrade project will result in a transformed facility that will generate X-ray beams up to 500 times brighter than those it currently delivers. This will require a year-long shutdown of the APS, currently scheduled to begin in April of 2023, and will keep the facility at the forefront of the world’s light sources for scientific discovery.

Diamond has been preparing for its own comprehensive upgrade, called Diamond-II, and since 2019, Chapon has served as the director of that program aiming to upgrade the synchrotron and experimental facilities and transforming data and computation.

​“I am very excited to join Argonne and the extraordinary team at the APS,” Chapon said. ​“Time has flown by since having conducted my post-doctoral research at Argonne in 2001. The APS has developed into one of the greatest user facilities in the world, enabling discoveries in virtually all fields of the natural sciences, becoming a pillar of R&D and innovation in hard X-ray sciences, and firmly established as a key component of the national research infrastructure serving various experimental communities and DOE’s mission. I am looking forward to helping this great facility turning a new chapter in its life with the impending upgrade and benefit from synergies at Argonne to continue to add value to experimental programs in the United States.”

Prior to his time at Diamond, Chapon was a senior fellow and group leader at the Institute Laue-Langevin in Grenoble, France. He also spent nearly a decade at the ISIS Neutron and Muon Source at Rutherford Appleton Laboratory in the United Kingdom, as both an instrument scientist and a group leader. In the latter role he was responsible for the operation of eight scientific instruments.

“I am confident that Laurent will provide the expert guidance and scientific foundation needed to steer the APS through the transformative changes ahead as both our light source and our new exascale computer, Aurora, come online in the next few years,” said Argonne Director Paul Kearns. ​“Laurent’s experience and vision will ensure a bright future for the facility and maintain Argonne’s position as a global leader in X-ray science.”