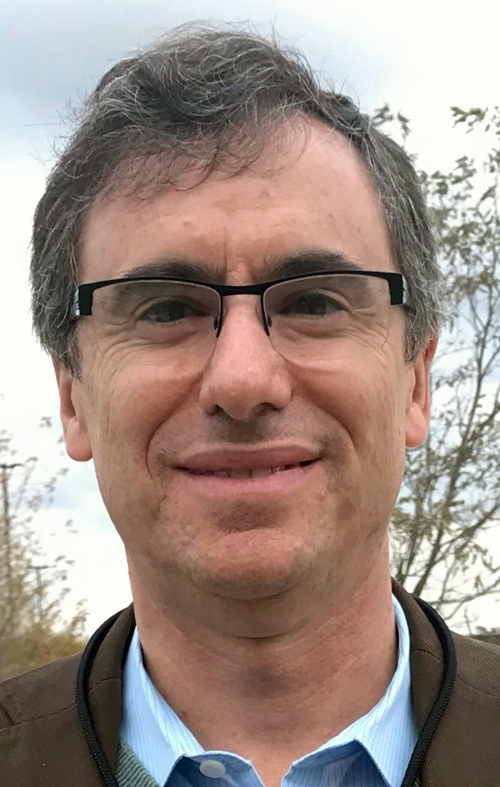 Daniel Haskel, a senior physicist and group leader with the U.S. Department of Energy’s (DOE’s) Advanced Photon Source at Argonne National Laboratory, is one of the 151 Outstanding Referees selected by the American Physical Society for 2021 who “…have demonstrated exceptional work in the assessment of manuscripts published in the Physical Review journals.”

Haskel is the group leader of the Magnetic Materials Group in the Argonne X-ray Science Division at the Advanced Photon Source. The group supports researchers and drives advances in x-ray scattering and spectroscopy techniques and instrumentation aimed at studying frontier problems in condensed matter physics. The group currently operates five x-ray beamlines at the Advanced Photon Source. Haskel is the only member of the Argonne scientific staff named to the 2021 list, and 1 of only 7 from DOE national laboratories.

Instituted in 2008, the Outstanding Referee program annually recognizes approximately 150 of the currently active referees for their invaluable work. Comparable to Fellowship in the American Physical Society and other organizations, this is a lifetime award.

The selection this year was made from 40 years of records on over 78,400 referees who have been called upon to review manuscripts. The basis for the Outstanding Referees selection takes into account the quality, number and timeliness of a referee’s reports, without regard for membership in the American Physical Society, country of origin, or field of research. Individuals with current or very recent direct connections to the journals, such as editors and editorial board members, were excluded.

The 2021 honorees come from 31 different countries, with large contingents from the U.S., Germany, the U.K., Canada, and France.

According to the American Physical Society, “The efforts of these individuals not only keep the standards of the journals at a high level, but in many cases also help authors improve the quality and readability of their articles—even those that are not published by American Physical Society. The Outstanding Referees are to be congratulated and thanked for their outstanding service to the physics community.”