Carbon-rich planets made of diamonds may exist beyond our solar system, study says 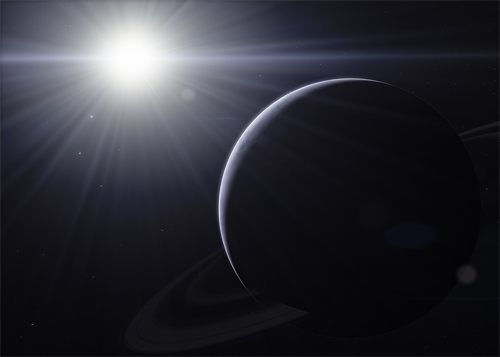 Exoplanets, or planets outside of our solar system, that contain more carbon than Earth could be made out of diamonds, according to a new study.

Data provided by NASA's planet-hunting TESS mission, the Hubble Space Telescope and retired Kepler mission have shown that our galaxy is filled with exoplanets that are very different from the planets in our own solar system...

"These exoplanets are unlike anything in our solar system," said Harrison Allen-Sutter, lead study author and graduate associate in Arizona State University's School of Earth and Space Exploration, in a statement.

The study published in The Planetary Science Journal.

A laser at the [GeoSoilEnviroCARS and HPCAT x-ray beamlines at the U.S. Department of Energy's Advanced Photon Source at] Argonne National Laboratory in Illinois was used to heat the samples. The researchers took X-ray measurements of the laser heating to determine the reaction between the silicon carbide and water.

The heat and pressure caused the silicon carbide to react with the water, resulting in the creation of diamonds and silica.