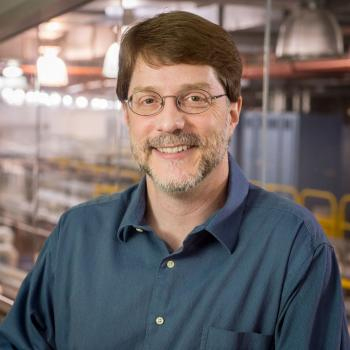 After a national search, Stephen Streiffer has been named Argonne National Laboratory Deputy Director for Science and Technology, effective July 1, 2020. Streiffer is currently Director of the Advanced Photon Source (APS) and Argonne Associate Laboratory Director for the Photon Sciences Directorate, which encompasses the APS and the APS Upgrade Project. He will serve in all three capacities while a search is conducted for a new APS Director/PSC ALD.

In announcing the appointment, Argonne Director Paul Kerns noted that, “In the past year, Argonne has seen tremendous progress on emerging initiatives and major projects like artificial intelligence, quantum information science, CMB-S4, accelerator-based radioisotope discovery, the versatile test reactor, crisis response, the Advanced Photon Source upgrade, and Aurora. When the pandemic hit, Argonne took a leadership position across the complex as we worked to understand the virus, its spread, and the therapeutics that might reduce its impact.

“During that time, Stephen Streiffer served as our interim Deputy Lab Director for Science, working across directorates and the Lab complex to advance our goals in science and technology.

“His contributions as the Associate Laboratory Director for Photon Sciences since 2015 include the successful development of our plans to upgrade the APS, planned for first light in 2023. During his 20-year tenure with Argonne, Stephen has successfully led numerous initiatives working across directorates to demonstrate strong impact to the U.S. Department of Energy, other sponsors, universities, and users. He serves as the executive champion for our Next Generation Society, championing the development of our pipeline of talent.”

In an email to APS staff, Streiffer wrote: “I look forward to serving the Lab in this capacity and am grateful for the opportunity to have led our great work in the Photon Sciences Directorate.

“[Argonne] has a bright future, and not only because we’ll have a brighter [x-ray] light source. The Lab is increasingly coming together to solve the world’s biggest scientific and technical challenges, and the optimism around our future … is high.

“Thank you for all your support. Your work and dedication make Argonne a leader in science and technology around the world, and I’ll look forward to championing your efforts from a different chair.”