Ren of XSD is the 2020 “Gopal K. Shenoy Award for Excellence in Beamline Science” Recipient 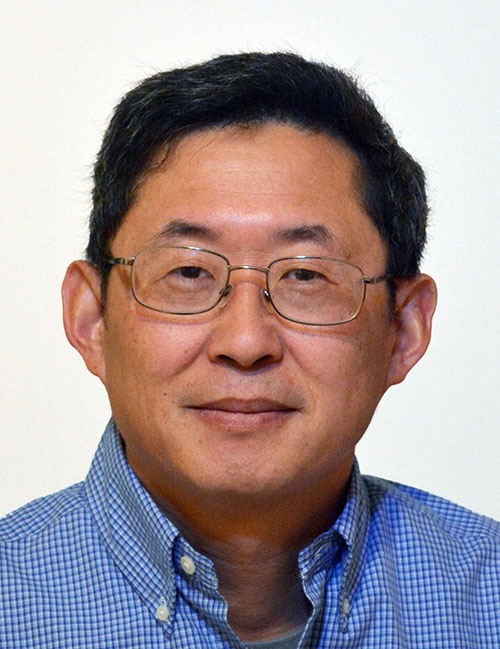 Yang Ren has been named the recipient of the 2020 “Gopal K. Shenoy Award for Excellence in Beamline Science” at the U.S. Department of Energy’s Advanced Photon Source (APS). He is acknowledged for creating a world-leading high-energy x-ray diffraction beamline and user program for comprehensive atomic structure studies of condensed matter. Ren is a physicist, beamline scientist, and member of the APS X-ray Science Division (XSD) Structural Science Group at Argonne National Laboratory.

In his letter nominating Yang Ren for the Shenoy Prize, Prof. Valeri Petkov, Central Michigan University, wrote: “Under Dr. Ren’s direction over the last 19 years, high-energy x-ray diffraction (HE-XRD) at 11- ID-C has evolved from a ‘niche’ technique to a mainstream capability enabling leading-edge research on atomic structures and generating major impact in many areas of condensed matter physics and material science, including battery materials, catalysts, ferroelectrics and multiferroics, ceramics, metals and alloys, and materials science under extreme conditions.”

Petkov also lauded Ren’s efforts to bring the APS as a tool to US industry, noting his “considerable outreach efforts to make the HE-XRD at 11-ID-C a R&D center serving the needs of American companies like GE, GM, Ford, AK Steel Corporation, etc.” Petkov calls Dr. Ren “the ultimate colleague,” noting that Ren’s dedication to establishing, fostering, and guiding his user community has lead to significant achievements. In 2019 alone, there were 80 publications with 11-ID-C data  and over 5700 total citations.

Ren received his Ph.D. in chemical physics from the Materials Science Centre, University of Groningen, Groningen, The Netherlands. Following two postdoctoral appointments (University of Groningen, Netherlands, and Argonne), he became a beamline scientist in 2001 with the former BESSRC-CAT operated by the Argonne Materials Science Division at Sector 11 of the APS. In 2003 Ren joined XSD as an assistant physicist, and from 2007 to the present he has been a physicist and lead beamline scientist in XSD.

Ren was the first person to publish a (3+2)-dimensional super-space determination of an incommensurately modulated structure during his Ph.D. study, and discovered a temperature induced magnetization reversal and orbital-ordering transition in a transition metal oxide perovskite during his postdoctoral appointment. Yang Ren has published more than 600 articles in peer-reviewed scientific journals, including Nature, Science, and Physical Review Letters, with total citations over 14,000. He is the recipient of the 2018 Institute Medal and 2019 Finalist Medal of the American Iron and Steel Institute.

The “Gopal K. Shenoy Award for Excellence in Beamline Science at the Advanced Photon Source” is intended to recognize beamline scientists who have made significant scientific contributions in their area of research or instrumentation development and have promoted the user community in this area. This award is conferred each year on an active APS beamline scientist, regardless of employer or rank. It may recognize a career of meaningful, sustained contribution; a body of recent important work; and/or a single work of particular importance. Potential nominees are limited to full-time beamline scientists at the APS with at least half of their time spent on user operations or instrument development.