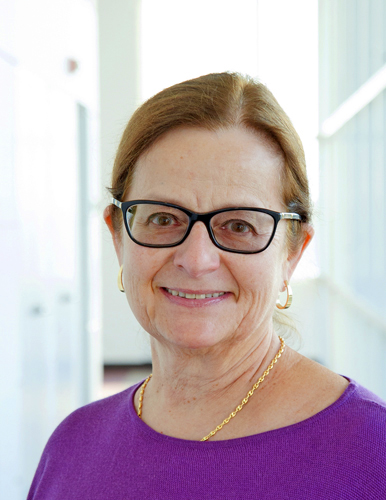 Marion White, Senior Physicist with the APS Engineering Support Division at the U.S. Department of Energy’s Advanced Photon Source, has been named a 2019 Fellow of the American Physical Society “For tireless efforts to increase the participation of women and minorities in physics, especially through one-on-one mentoring and educating minorities in elementary school through college about opportunities in the field.” Marion was nominated for Fellowship by the Society’s Forum on Physics and Society.

Marion received a Ph.D. in experimental particle physics from MIT, studying electroweak interactions at electron-positron colliders at DESY and CERN. She remained with the MIT group until returning to the USA and joining the Advanced Photon Source at Argonne. As linear accelerator (linac) group leader, Marion was responsible for construction and commissioning of the APS electron-positron injector linac. Marion then served as section head and senior scientific advisor for the superconducting linac at ORNL’s Spallation Neutron Source during its design and production with oversight responsibility for front end and linac construction. In 2004, Marion assumed responsibility for production of the magnets and supports of the LCLS undulator system.

Marion has served on program and organizing committees for PAC and LINAC conferences, Chaired the 2016 North American Particle Accelerator Conference, and is a frequent participant in outreach programs to students and women. She is a long-time member of the American Physical Society, and was elected Secretary/Treasurer of the Division of Physics of Beams from 2018. She is a Senior Member of the Institute of Electrical and Electronics Engineer, and was elected Vice Chair of the Particle Accelerator Science and Technology Executive Committee for the 2019/01/01 to 2020/12/31 term.

The APS Fellowship Program was created to recognize members who may have made advances in physics through original research and publication, or made significant innovative contributions in the application of physics to science and technology. They may also have made significant contributions to the teaching of physics or service and participation in the activities of the Society.

Fellowship is a distinct honor signifying recognition by one's professional peers. Each year, no more than one half of one percent of the Society’s membership (excluding student members) is recognized by their peers for election to the status of Fellow of the American Physical Society. Each nomination is evaluated by the Fellowship committee of the appropriate APS division, topical group or forum, or by the APS General Fellowship committee. After review by the full APS Fellowship Committee, the successful candidates are elected by APS Council.

The membership of APS is diverse and global, and the Fellows of the APS should reflect that diversity. Fellowship nominations of women, members of underrepresented minority groups, and scientists from outside the United States are especially encouraged.