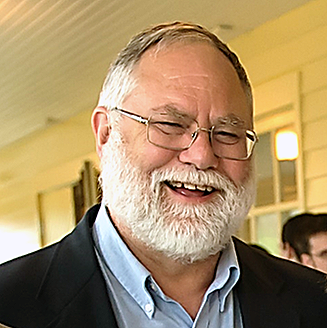 The Advanced Photon Source (APS) community is mourning the loss of Dr. Mark Beno, who passed away suddenly at the age of 68 on August 24, 2019.

Mark Beno was a Senior Chemist at Argonne National Laboratory and held a number of leadership roles within the Advanced Photon Source’s (APS) X-ray Science Division, including twice serving as the interim division director.

Mark received a B.S. in Chemistry and Mathematics from Marquette University in 1973, and a Ph.D. in Physical Chemistry from Ohio State University in 1979 with a research focus on Chemical Crystallography.  After his Ph.D. Mark came to Argonne initially as postdoc in the Chemistry Division doing neutron and x-ray crystallography, and subsequently transitioning to an Assistant Scientist role in 1982.  In 1987, he moved to the Synchrotron Radiation Science Group in the Materials Science Division at Argonne, where he spear-headed the design, construction, and operations of the Basic Energy Sciences Synchrotron Radiation Center (BESSRC) beamlines at Sector 11 and 12 of the APS.  He became the BESSRC Group Leader, and moved with his group to the now-X-ray Science Division (XSD) in 2003.  Mark was named the Deputy Division Director for the XSD in 2005, and held this and many other leadership roles within XSD, including most recently as an Associate Division Director for beamline operations.

Mark’s research produced more than 190 publications and resulted in three awards from the U.S. Department of Energy (DOE)-Basic Energy Sciences, Division of Materials Sciences, for Outstanding Scientific Accomplishment.  While at the APS, he led or participated in the design of many beamlines, and made significant contributions in the areas of x-ray optics and synchrotron radiation techniques.  For the broader DOE light-source community, he frequently served on review committees for facility operations and for major construction projects, including NSLS-II, LCLS, LCLS-LUCI, LCLS-MEC and NSLS-II NEXT.

Mark was a constant fixture on the APS experimental floor.  He derived great fulfillment from his work, and was a great believer in the mission of the APS.  He was a supporter, advocate, and mentor for APS staff.  He thoroughly enjoyed walking around the APS, and talking with all the staff and users about their beamlines, projects, and current experiments to give advice and share ideas. He also made sure that everybody felt comfortable and well respected at the APS because above all, he cared about people.  His loss will leave a big hole in the APS community that will be hard to fill.

Mark is survived by his wife, Mary (Mitzi); his son, Donald; his mother and father, Genevieve and Donald; his brother, Henry; and sister, Donna.