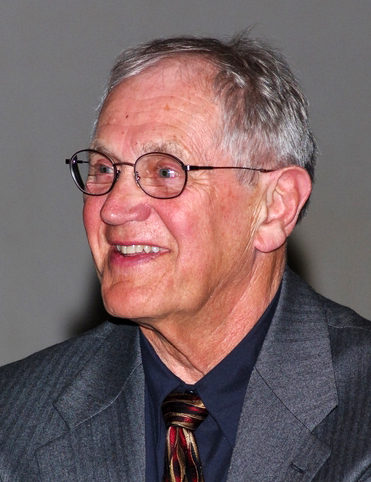 It is with heavy heart we note the passing of Dr. Robert Kustom, founding member and past Acting Director of the Accelerator Systems Division and an integral part of accelerator achievements at Argonne.  Bob's career at Argonne spanned over 60 years as an employee and as an Argonne Associate, during which he served in numerous leadership capacities and earned a world-wide reputation for his groundbreaking work in accelerator radio-frequency (rf) systems.  His outstanding technical expertise and sound judgement were sought by accelerator facilities around the world, and his role as a mentor to new engineers and physicists helped launch many careers.  He will be sorely missed.

Bob also devoted part of his time to teaching and supervising graduate students at the University of Wisconsin as an Adjunct Professor since 1985.

As noted in a letter nominating him for the University of Chicago Distinguished Performance Award, “In the period from 1968 to 1970, his experiment on electrical breakdown in vacuum and the published results are still a classic and are frequently used for reference. Calculations based on electron emission from electron protrusions have provided the best theoretical comparison to actual data. At the same time, he was performing Monte Carlo calculations to predict the particle fluxes in a high energy particle beam which used magnetic dipole and quadrupole focusing elements and two rf particle separators. The beam was built on these calculations and operated successfully.

“During 1969-1976, he developed the traveling wave particle separator concept using dielectric loaded waveguides and the microwave discharge chamber for detection of high energy charged particles. He was one of the principal designers of the GEM CW electron microtron.

“From 1984 on, he was one of the original members of the design team of the APS synchrotron and storage ring. Later as the RF Group Leader, he designed, tested, and planned the rf systems for the APS synchrotron and storage ring. His theoretical design of the single-cell storage ring cavity and theoretical predictions of the high-order modes were subsequently verified by meticulous measurements and successfully damped by the absorbers he designed. With this successful design, one of the most worrisome problems of the APS was solved.

“In addition to his distinguished scientific and engineering contributions, Dr. Kustom's major management activities have provided the Laboratory many times over with distinguished leadership. For instance, as Associate Director of the Accelerator Research Facilities Division or Division Director of the Accelerator Research Division, he supervised research and development of the Intense Pulse Neutron Source Accelerator, the Heavy Ion Fusion Accelerator System, and ANL Plasma Engineering Experimental Tokamak, the Superconducting Magnet Development, etc.

“After all, it was because Argonne had a few people like Bob that formed the Advanced Photon Source nucleus and did the conceptual design that brought this big prize to Argonne National Laboratory.”