A new photon source, the Sub-Picosecond Particle Source (SPPS), that promises to image the movement of objects down to the atomic level in subpicosecond time scales will benefit from the contributions of the Advanced Photon Source, the Optics Fabrication and Metrology Group of Argonne's Experimental Facilities Division (XFD), and BioCARS (The University of Chicago). The SPPS is being constructed at the Stanford Synchrotron Radiation Laboratory (SSRL), part of the Stanford Linear Accelerator Center (SLAC) in California.

According to the article on the SSRL Web site, the SPPS "will produce and deliver x-rays from bright electron beam pulses. This project provides a fast, relatively inexpensive way to begin experiments with a new generation of very bright, subpicosecond (less than one millionth of one millionth of a second), hard x-rays... The SPPS will also play a role in the accelerator and x-ray optics R&D for the future Linac Coherent Light Source (LCLS) x-ray free-electron laser project."

The XFD Optics Fabrication and Metrology Group supplied the multilayer monochromator optic that, as noted in a recent item on the SSRL home page, "selects an x-ray energy of about 9 keV, with a bandwidth of about 1%, matched to the bandwidth of the SPPS undulator fundamental energy. The multilayer elements are flat silicon crystals with many alternating layers of tungsten and carbon precisely deposited on the surface. Three successive reflections from the three multilayer elements deflect the x-ray beam sideways by 8.5 degrees; it then passes in a beam pipe out through the accelerator hall shielding and into the SPPS experimental area." The multilayer is graded laterally to permit selection of the multilayer period.

As a further part of the collaboration between APS and SSRL, APS and BioCARS (The University of Chicago) have provided an 8.5-cm-period wiggler A insertion device. This device has been installed in the SLAC linac to produce ultra-short x-ray pulses for the 9-keV x-rays produced by the SPPS. The device's relatively long period matches the energy of the SPPS. The wiggler had been used at the APS on the BioCARS (sector 14) beamline for structural biology research. BioCARS has also contributed personnel and protein samples, including the Photoactive Yellow Protein sample used for the first sub-picosecond protein diffraction patterns. For more on the BioCARS role in the SPPS, see the article at http://cars.uchicago.edu/biocars/pages/news/spps0306.shtml. 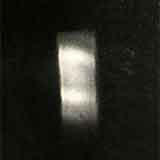 On Monday, May 19, SSRL announced on their home page that subpicosecond x-ray pulses were generated by the 28-GeV SLAC linac beam going through the APS wiggler A and monochromated by the multilayer monochromator. "For this initial test, the linac was operating at 1 pulse/sec, with each pulse producing about 105 x-rays. After optimization, 10 pulses/sec will be available, producing more than 107 x-rays per pulse."

For information about the work of the XFD Optics Fabrication and Metrology Group, contact Albert Macrander, atm@aps.anl.gov.
BioCARS Participation in the SPPS Project at SLAC/SSRL

Loaning the BioCARS wiggler to SSRL to use as the radiation source (where it would function as an undulator at the much higher electron energy of 28 GeV)
Development of novel strategies for achieving 100 fs time resolution with much longer, chirped x-ray pulses (Moffat, 2003)
Participation of BioCARS staff in commissioning of the SPPS experiments that utilize the 80 fs x-ray pulses, particularly on biological systems
To learn more, see the full text at the BioCARS Web site:
http://cars9.uchicago.edu/biocars/pages/news/spps0306.shtml