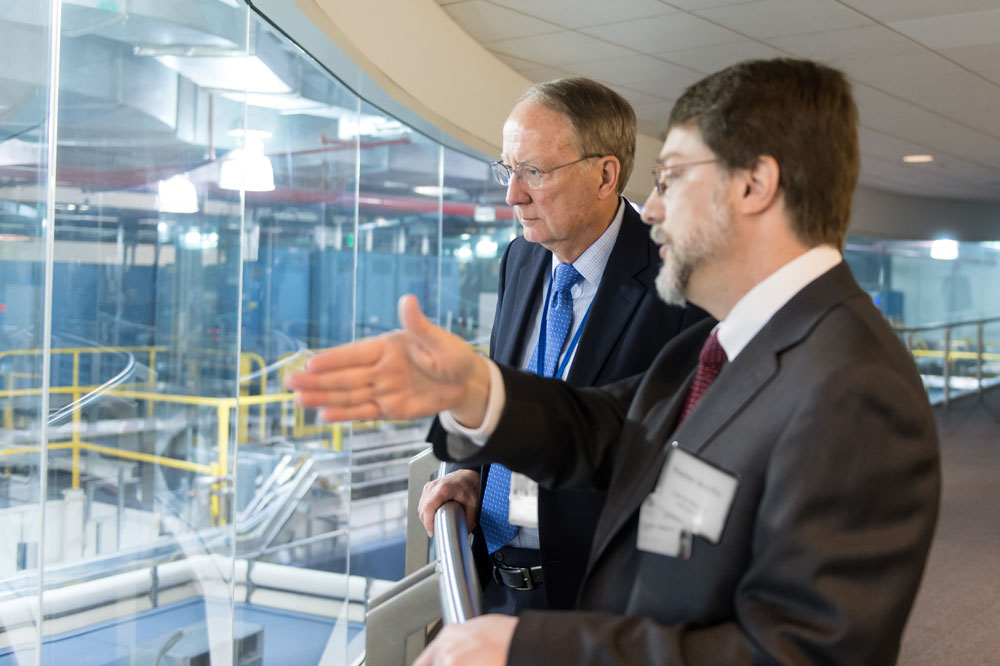 This article was originally published by the National Nuclear Security Administration.

Since its founding in 1946, the U.S. Department of Energy's (DOE) Argonne National Laboratory has played a key scientific role in developing the beneficial use of atomic energy. In fact, over the last century, Argonne's expertise was involved in the development of every nuclear research reactor in the United States What may be less well-known about Argonne is its partnership with NNSA to prevent the misuse of that same power.

Lt. Gen. (retired) Frank G. Klotz, Administrator of the National Nuclear Security Administration (NNSA), received a first-hand look at the role Argonne's research and development work plays in this major national security mission when he visited the laboratory on January 15. While Argonne has its roots in the non-military use of nuclear energy and is part of the larger DOE national laboratory complex, it also works closely with NNSA in several critical areas that contribute to global nuclear security...

...During his visit, Klotz also toured the Advance Photon Source (APS), a DOE Office of Science User Facility at Argonne that provides the brightest storage ring-generated hard X-ray beams in the Western Hemisphere. Users perform a broad range of NNSA-supported research at the APS. NNSA supports operation of two sectors of the APS, which are used to conduct high pressure and shock physics experiments that support NNSA's nonproliferation and defense program missions.

The entire Argonne feature story can be read here.