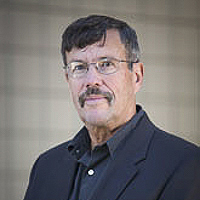 Robert O. Hettel has been appointed director of the Advanced Photon Source Upgrade Project at Argonne National Laboratory. He will join Argonne in November 2017.

In his new role, Hettel will oversee the planning, construction and implementation of the Upgrade of Argonne’s Advanced Photon Source (APS), a U.S. Department of Energy Office of Science User Facility. This $770 million project will create the world’s ultimate three-dimensional microscope and enable researchers to view and manipulate matter at the atomic level to solve complex science problems across multiple disciplines.

“Robert has a unique background that makes him the ideal person to lead the APS-U during its next critical phase,” said Paul Kearns, Argonne’s Interim Laboratory Director. “He has balanced an impressive list of scientific and engineering achievements with a wonderfully nuanced eye for the bigger picture. We are looking forward to his leadership and perspective on this this major project.”

More recently, Hettel served as Deputy Associate Lab Director for Accelerators at SLAC, and, in 2013, assumed his present position of acting Head of the Accelerator Research Division, a division that pursues research and development in beam physics and technology for free electron lasers (FELs), colliders, storage ring and compact light sources, and advanced-technique accelerators.  In this role, Hettel helped launch the ultra-fast electron diffraction (UED) and microscopy (UEM) program that is now underway at SLAC.

Stephen Streiffer, Associate Laboratory Director of Photon Sciences at Argonne and Director of the Advanced Photon Source, pointed out that Hettel has served as chair of the Machine Advisory Committee for the upgrade project and is familiar with both the technical progress and many of the team members.

“He is joining the APS-U already up to speed, and I can’t think of a better person to fill the Project Director role,” Streiffer said.

Hettel said he was attracted to the APS to work on a project that, once finished, will be at the forefront of scientific discoveries and engineering advances for the next generation.

“The APS is already a major force in the world of light sources, and the APS Upgrade will truly lead the world in storage ring light source performance,” Hettel said. “I am looking forward to working with Argonne and the APS to build this fantastic machine.”

Hettel earned his B.S. in Physics with Departmental Honors from Harvey Mudd College in Claremont, California. He has benefited from decades of training in accelerator science and technology from many distinguished mentors at SLAC and elsewhere. In 2010, Hettel was promoted to the Distinguished Staff at SLAC.

Hettel takes over as director of APS-U from Stuart Henderson, who became Laboratory Director at Thomas Jefferson National Laboratory earlier in 2017.

“I also want to thank Jim Kerby, project manager of the APS Upgrade, for stepping up as interim director for the last several months,” Streiffer said. “We have a great team assembled to complete this important project.”