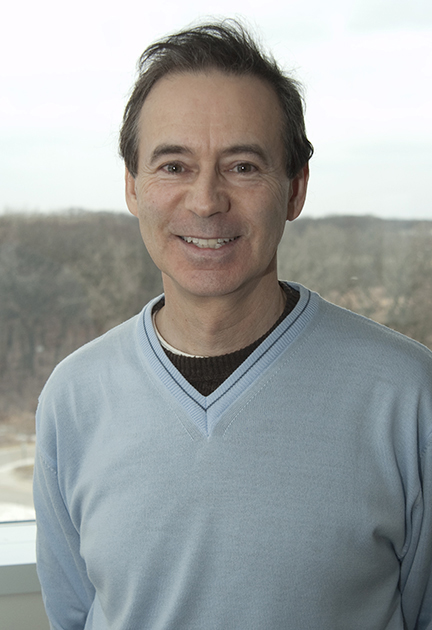 After six years of service as Director of the Accelerator Systems Division at the APS, Sasha Zholents has asked to transition from his management role to a full-time research role.

Sasha’s thoughtful management style, perseverance on operational effectiveness, and deep knowledge of accelerators have made him a highly valuable member of the APS management team. Under his leadership, the four best years for APS accelerator reliability and availability were achieved in the last six years as a consequence of a rolling wave of accelerator improvements and upgrades. During Sasha’s tenure, ASD has pursued a number of innovative approaches that have advanced the state-of-the-art for the APS and for light sources as a whole. These accomplishments including electromagnetic circularly polarizing undulators, revolver undulators, superconducting undulators, horizontal-gap undulators with spring compensation of the magnetic force, and grazing incidence x-ray BPMs. ASD under Sasha’s directorship also upgraded all storage ring monopulse BPMs, spearheaded improvements of air and water temperature stability, developed a bunch-by-bunch transverse feedback system, installed and commissioned the photocathode electron gun, developed prototype amplifiers as a key step on the path to developing a solid state radio frequency system for the APS accelerator complex, built and tested a superconducting radiofrequency deflecting cavity, and tested critical components of the x-ray FEL-oscillator. With Sasha’s participation, ASD, AES and SLAC scientists and engineers built and commissioned a hard x-ray self-seeding system for LCLS that yielded a dramatic improvement in performance over self-amplified spontaneous emission (SASE).

Sasha also worked closely with scientists from Fermilab and ATLAS on the development of a superconducting quasi-waveguide multi-cell resonator, and with scientists from the Argonne Wakefield Accelerator Group on the development and commissioning of an emittance-exchange beamline and on a concept for a compact high-energy gain collinear wakefield accelerator for a free-electron laser.

Sasha also collaborated closely with the APS-U Project to put in place an effective personnel matrix within ASD to support the Project. Under this framework, ASD’s technical expertise has been and will continue to be essential in achieving the APS-U’s goals and milestones.

A committee is being formed to undertake an international search for the next ASD Director. Sasha will remain as Division Director until a successor is named. Everyone in the APS community thanks Sasha for his outstanding work over the past six years, and congratulates him on his many accomplishments, as we look forward to the ground-breaking progress in accelerator physics and technology that will result from his new role.