The heart of the upgraded APS will be a new multi-bend achromat lattice, replacing the current electron storage ring installed when the original APS was built in the 1990s. The new accelerator will be assembled in the same facility, re-using the infrastructure already in place, and will result in X-ray beams that are up to 500 times brighter than those generated by the current APS.

The new storage ring will incorporate 1,321 powerful new magnets, each up to five times stronger than the ones that make up the original storage ring. These magnets – 15 different types of them – are designed to steer and focus the electron beam into a much tighter shape. The current electron beam measures 10 microns vertically and 275 microns horizontally, while the upgraded APS’s electron beam will measure about 4 microns vertically and 15 microns horizontally in brightness mode.

These magnets will be assembled into 200 modules, and the centers of each magnet will be precisely aligned, within a 30-micron tolerance. A newly designed vacuum system will keep the electron beam in place, essentially recreating the vacuum conditions of deep space within chambers that are an inch or less wide. New front end systems will be installed at all sectors, safely delivering the brighter X-ray beams to the beamlines. 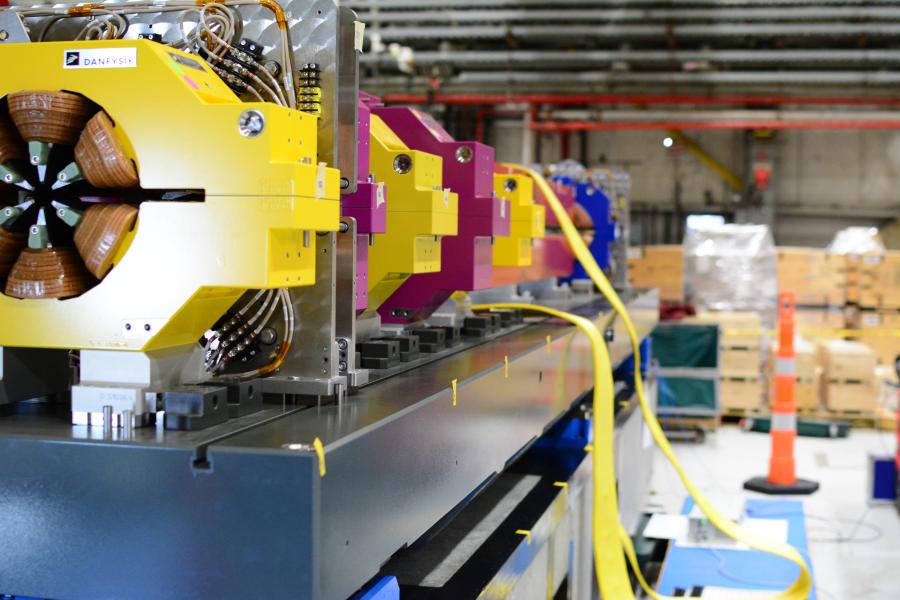 The new storage ring will make use of a swap-out technique for injecting electrons, constantly replenishing the beam as it circulates. New components have been designed to make this possible. Argonne’s expertise in superconducting technology will be put to use with a new bunch lengthening system that extends the life of the electron beam. Superconducting undulator magnets will also be installed at several beamlines to generate brighter X-ray beams.

All of these new innovations will result in a facility that delivers world-leading ultrabright, high-coherence X-ray beams for the global scientific community.