Uncovering New Insights about the Brains of Individuals with Schizophrenia 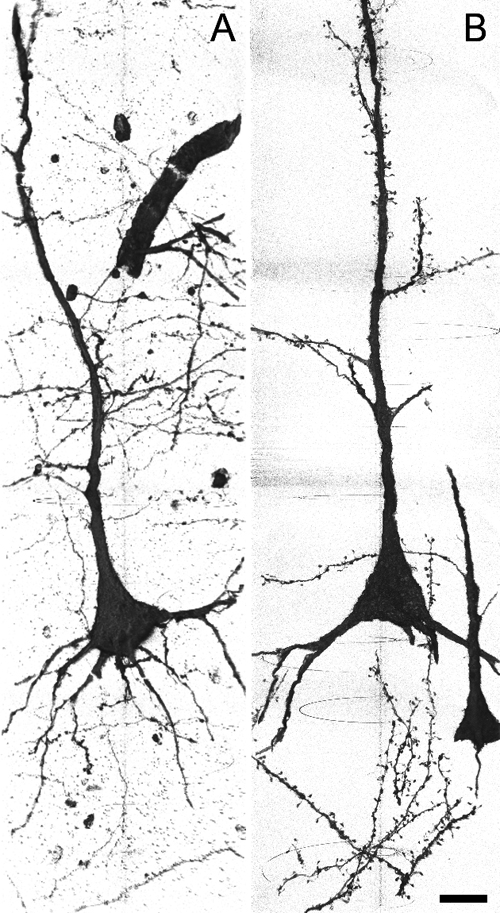 Compared to the general population, patients with severe mental disorders—such as schizophrenia and bipolar disorder—often die 10-20 years earlier than those without a mental illness. There is no cure for these severe mental disorders, and patients must rely on expensive medication therapies and counseling sessions to manage their conditions. Despite the need for better ways to manage and treat severe mental disorders, there is still little known about the causes of these diseases and how these diseases progress. A team of scientists are attempting to use new techniques to better understand how diseases like schizophrenia develop over time. In a recent study published in the journal Translational Psychiatry, this international, multi-institution research team utilized synchrotron radiation nanotomography to analyze the structures of brain tissues from individuals with and without schizophrenia. They discovered that neuronal structures that allow neurons to communicate with each other are different in individuals with schizophrenia and that the structural dissimilarity observed varied from patient to patient. Essential to this work was the hard x-ray nanotomography performed at the U.S. Department of Energy’s Advanced Photon Source (APS) at Argonne National Laboratory, and at the SPring-8 x-ray light source (Japan).

Schizophrenia is a complex, severe psychiatric disorder characterized by hallucinations, delusions, cognitive impairment, and disorganized speech or behavior. In the United States, approximately 0.5-1% of the population is estimated to have schizophrenia. The onset of symptoms from schizophrenia typically occurs in the early 20s for males and in the late 20s or early 30s for females. On average, it is well-established that patients with schizophrenia die at much younger ages than the general population. Although this is due to multiple factors, three tragic contributors to premature mortality rates are suicide, homicide, and preventable physical disease. Although it is known that some genetic mutations and environmental factors increase patients’ risk of developing schizophrenia, the pathogenesis of this disease is not fully understood and many key questions remain unanswered. There is a powerful need to develop novel medications that can control symptoms with fewer and/or milder side effects.

Nanotomography enabled the visualize several hundreds of micron large brain areas where individual neurites could be characterize in 3D. Based on these data, the authors found that neuronal structures—specifically neurite curvatures—in schizophrenia brains are uniquely different in each patient. A neurite is a projection from a neuron that allows for communication between brain cells. Both axons and dendrites are considered neurites. Axons project away from neurons to communicate with other cells while dendrites receive axonal inputs from others. Dendrites have small protrusions called dendritic spines that form synapses between dendrites and axons. Neurite curvature is an important parameter that measures the spatial trajectory of neurites and was found inversely correlated with neurite diameter that affects the transmission of active potentials. Put differently, this parameter is reflective of how functional the neuronal microcircuit is. Thus, the finding that neurite curvature is significantly different in individuals with schizophrenia is reflective of neuronal dysfunction.

This research enhances our fundamental understanding of what’s happening in the brains of individuals with schizophrenia on a subcellular level. Such insights are necessary to understand the pathogenesis of this disease and what type of biological dysfunction gives rise to the psychiatric symptoms associated with this mental disorder. Ultimately, a more concrete understanding of pathogenesis paves the way for novel therapeutics that can help patients manage their mental health.  ― Stephen Taylor