Probing the Powering of Contractions in Heart Failure 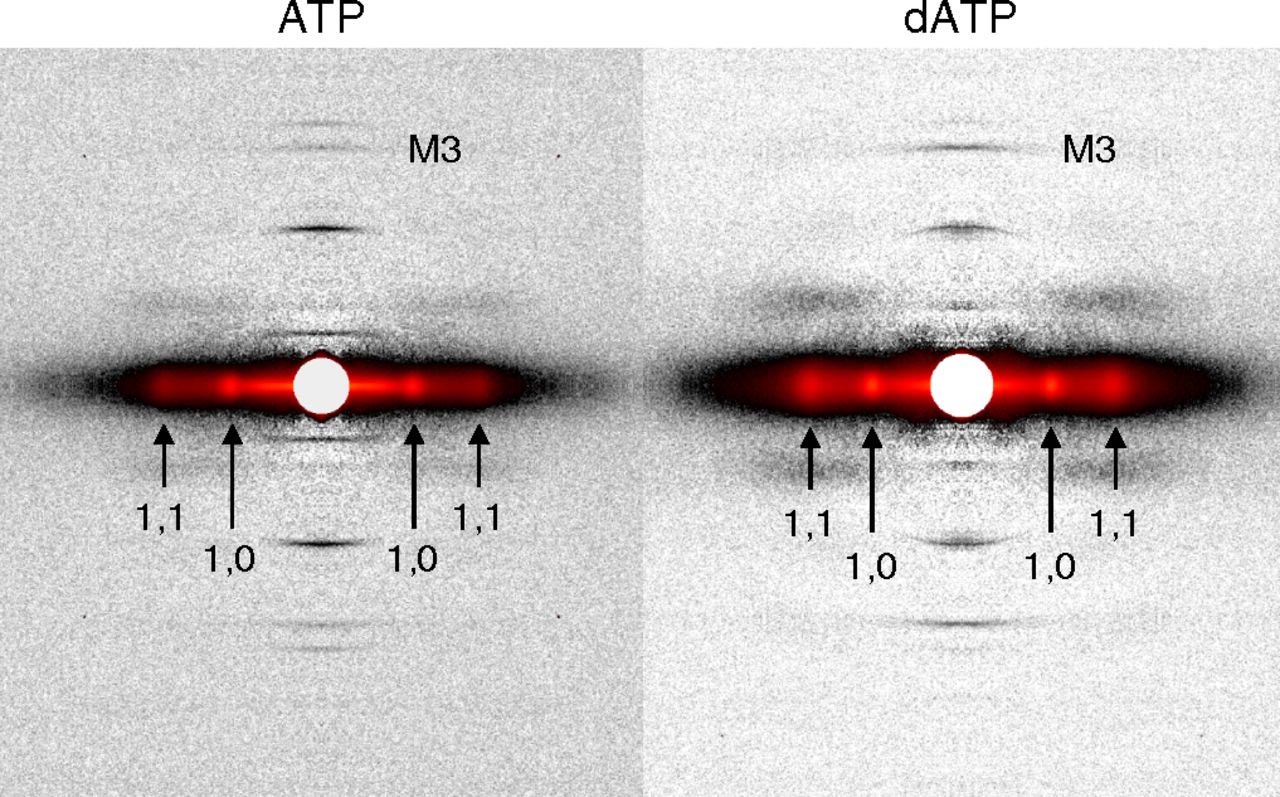 The original article written by Thatcher Helding at the UW Medicine Institute for Stem Cell and Regenerative Medicine can be read here. Copyright 2017 UW. All rights reserved

Current treatments can slow progression of heart failure, but do not address the underlying issues, including specific problems that cause systolic heart failure.  In this condition, the heart doesn’t contract vigorously enough in pushing blood into the body’s circulation. But findings at nanometer and millisecond scales, based upon experimental data collected at the U.S. Department of Energy’s Advanced Photon Source (APS) may help improve design of therapies directed at motor proteins to rescue failing hearts.

The heart muscle contractions that pump blood are generated by interactions between actin and myosin. These motor proteins power movement at the molecular level by converting the molecule ATP into energy. Earlier research in the lab of Michael Regnier, University of Washington (UW) professor of bioengineering, had shown that dATP, a natural variant of ATP, can be used to promote stronger heart function.

However, there remains a pressing need for data to explain why dATP helps to increase contractile force in heart disease. A new study headed by Regnier, who is a researcher at the UW Medicine Institute for Stem Cell and Regenerative Medicine and director of the Center for Translational Muscle Research, offers new insights, with unprecedented precision, about the nature of dATP. The results, which were detailed in the journal Proceeding of the National Academy of Sciences of the United States of America, were derived from synchrotron x-ray diffraction experiments utilizing the small-angle x-ray scattering instrument on the Biophysics Collaborative Access Team beamline 18-ID at the APS (Fig. 1). The first author of the paper is bioengineering graduate student Joseph D. Powers. (The APS is an Office of Science user facility at Argonne National Laboratory.)

The research team, which includes scientists from the University of Washington, the University of California, San Diego, and the Illinois Institute of Technology, hypothesized that dATP  plays the role of matchmaker.

“Myosin and actin are attracted to each other by electrostatic charges,” said Regnier, referring to the electrical force that brings two oppositely charged objects together. “Our hunch was that dATP enhances the initial attraction between these two critical muscle proteins and thereby leads to stronger contractions.”

By developing new experimental and computational approaches, the research team showed how small changes in protein structure translate to improved performance at multiple scales – the whole muscle, muscle cell, and the molecular levels.  Their findings revealed a more holistic picture of the mechanisms behind dATP-augmented cardiac contractile force.

Regnier explained the main takeaways from the study:  “A key finding was that small changes on the surface of myosin occur when dATP is used enhance its ability to bind with actin. This suggests the structure of myosin can be optimized and opens the door to possible new therapies to improve contraction of weakened heart muscle. This report offers a novel approach and a new standard for design and characterization of future cardiac therapeutics for systolic heart failure.”