Tipping the Balance to a Quantum Spin Liquid 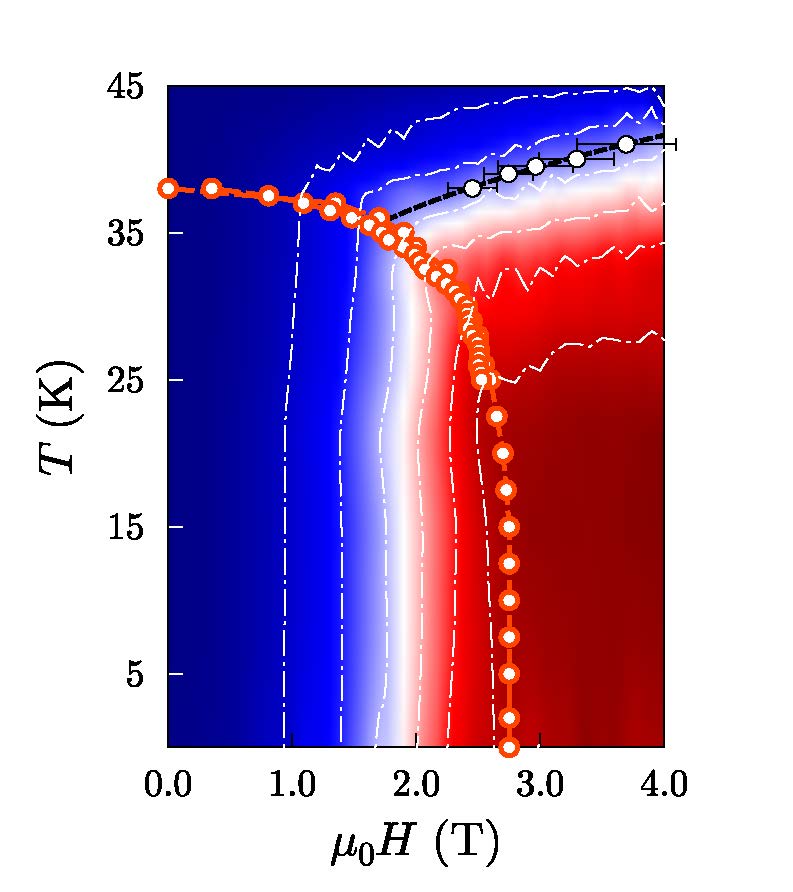 Sometimes a little frustration and disorder can be a good thing, at least in the quest for the elusive and exotic state of matter known as a quantum spin liquid (QSL).  In such systems, the electrons are strongly “entangled,” a quantum phenomenon that is the basis of quantum computing but has proven extremely difficult to recreate except under tightly controlled laboratory environments.  But QSLs naturally form such states, arising from their strong interactions (or correlations) that also serve to protect their entanglement from environmental influences.  One class of these systems is the Kitaev quantum spin liquid, which takes advantage of anisotropic magnetic interactions on a honeycomb lattice.  In the actual materials, the electron spins relieve their frustration and align themselves in one of two ways: a honeycomb “zig-zag” pattern or a “spiral” (technically an incommensurate) order.  A group of researchers carrying out studies at the U.S. Department of Energy’s Advanced Photon Source (APS) found that in the recently discovered Kitaev candidate compound β-Li2IrO3, a single material can be driven from the incommensurate state to a strongly correlated state with zig-zag broken symmetry upon the application of a small magnetic field, indicating the fragility of the material ground state.

Although the material β-Li2IrO3 is not quite a true Kitaev spin liquid, this study provides some new and tantalizing hints about possible ways to realize that elusive state of matter.  The demonstration that this particular system could be induced to transition from an incommensurate to a field-induced zig-zag (FIZZ) state with the application of a small magnetic field shows that the exchange interactions in these magnetic honeycomb iridates are delicately balanced and ready to tip from one state to another with a properly placed nudge.  At this point, the key to a quantum spin liquid appears to be merely a matter of a little fine tuning. 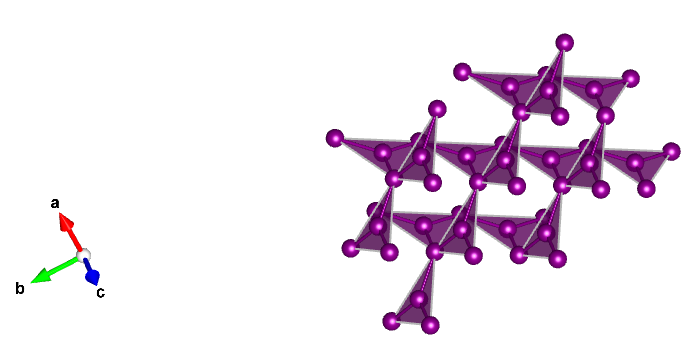 The β-Li2IrO3 compound structure (Fig. 2) is the simplest of the three-dimensional Kitaev systems.  Due to its crystal symmetry, one of the Kitaev interactions favors b-axis spin coupling, likely the reason that the system’s ground state is so susceptible to magnetic fields in this direction.  To examine the thermodynamic behavior of the system, the researchers, from Lawrence Berkeley National Laboratory, the University of California, Berkeley, the Massachusetts Institute of Technology, the University of Texas at Dallas, and Argonne National Laboratory studied the Ir L3 edge with field-dependent magnetic resonance x-ray scattering (MRXS) at the X-ray Science Division 6-ID-C beamline of the APS, an Office of Science user facility at Argonne.

The field-induced change in the quantum state is manifested in the magnetization as an abrupt kink at µ0H*= 2.8 Tesla.  Studying the magnetic peak at propagation vector q = (-0.574, 0, 16) to examine the incommensurate state, the research team found that scattering intensity rapidly diminishes but with unchanging wavevector, indicating suppression of the incommensurate order vanishing completely at H*.

Beyond H*, thermodynamic data show a smooth crossover from one phase to another, but without a sharp phase boundary. However, the experimenters observed changes in the MRXS intensity at some reciprocal lattice vectors, corresponding to both structurally allowed and structurally forbidden peaks.  The presence of the latter indicates an additional q = 0 broken symmetry induced by the applied magnetic field.  Also, the structurally forbidden peaks show enhancement at the Ir L3 edge with the magnetic field applied, suggesting that this broken symmetry state is electronic in origin.

The experimenters note that the observed behavior is quite different from the typically seen first-order phase transitions, such an antiferromagnetic to spin-polarized state.  In this case, all broken symmetry states are seen simultaneously, yet retain intrinsic periodicity as a function of the applied field, showing a near-degenerate state.

Two types of symmetries are consistent with the data, one with zig-zag symmetry and the second ferromagnetic character, each of which explains different aspects of the observations.  The research team suggests that the best interpretation is a high temperature transition from a trivial paramagnet to a low-temperature quantum correlated state.  Even a small magnetic field is seen to drive β-Li2IrO3 from a zero-field incommensurate spiral order into a FIZZ state.  This provides further evidence of the link between lithium-based iridates such as β-Li2IrO3 and other compounds such as α-RuCl3/Na2IrO3 that also display a commensurate zig-zag phase.   — Mark Wolverton

This work was supported the U.S. Department of Energy (DOE Office of Science-Basic Energy Sciences, Materials Sciences and Engineering Division, under the Early Career program, Contract No. DE-SC0014039. A.R. acknowledges support from the National Science Foundation (NSF) Graduate Research Fellowship under Grant No. DGE 1106400. I.A. and J.Y.C. acknowledge the support of NSF DMR-1360863. N.P.B. and T.H. were supported by the Gordon and Betty Moore Foundations EPiQS Initiative through Grant GBMF4374. This research used resources of the Advanced Photon Source, a U.S. DOE Office of Science User Facility operated for the DOE Office of Science by Argonne National Laboratory under Contract No. DE-AC02- 06CH11357.