Crystals in a Pink X-ray Beam 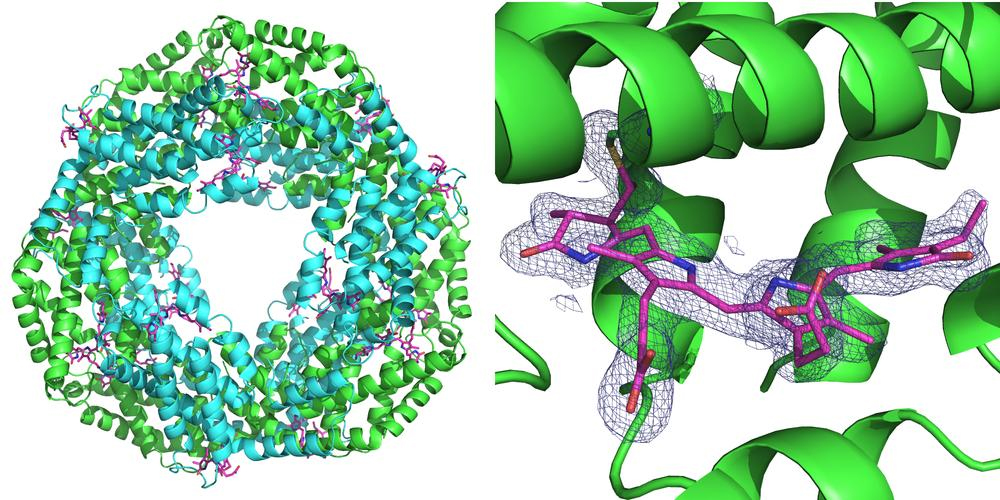 The original DESY press release can be read here.

A newly developed experimental set-up allows the structure of biomolecules such as proteins to be analyzed using x-rays, and requires far smaller samples and shorter exposure times than before. By using broad-spectrum x-rays, protein crystals can be studied considerably more efficiently and quickly at synchrotron light sources. Due to the large amount of scattered radiation normally produced with this technique, this has until now required very large crystals. The new experimental setup allows the unwanted scattered radiation to be substantially reduced, so that scientists have been able to perform serial crystallography using broad-spectrum synchrotron radiation for the first time. The international team of researchers led by DESY scientist Alke Meents published its findings from experiments at the U.S. Department of Energy’s Advanced Photon Source (APS) in the journal Nature Communications.

Synchrotron sources are circular particle accelerators that produce bright x-ray radiation. These x-ray sources are the workhorses for protein structure determination. To elucidate the spatial structure of a particular protein, crystals are grown from it and investigated with x-rays at a synchrotron. The crystal diffracts the x-rays in a characteristic manner, and from the resulting diffraction pattern the inner structure of the crystal, and with it the structure of the protein can be calculated down to the atomic level.

In contrast to conventional x-ray crystallography, which is usually carried out on a single or a small number of large protein crystals, serial crystallography looks at a hundred to hundreds of thousands of very small crystals. The information collected is then merged to form a data set from which the crystal structure can be deduced. This method has already been applied frequently using x-ray free-electron lasers (XFELs). In addition, by employing very short x-ray pulses, chemical and enzyme reactions can be studied over short spaces of time.

“Serial crystallography can also be carried out easily using ‘conventional’ sources of synchrotron radiation. However, the measurements take longer with those sources, because they use monochromatic x-rays of a specific color, resulting in a low flux of the x-rays,” said Henry Chapman, lead scientist at the Center for Free-Electron Laser Science (CFEL) at DESY and co-author of the paper. “Because of this, we need many crystals to collect a complete set of data – often several tens of thousands. Since the exposure times are relatively long using a synchrotron, the only way to study fast reactions has been with an x-ray laser.” 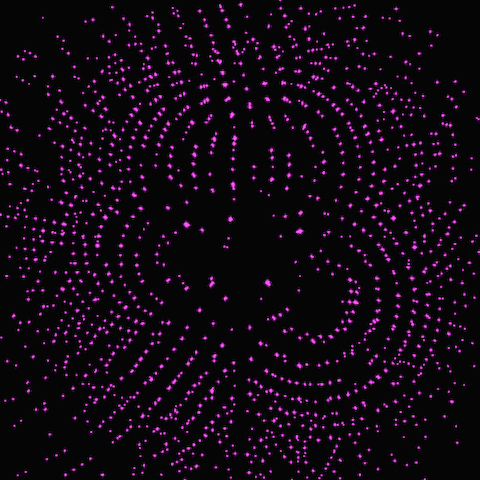 By using the so-called “pink” polychromatic beam, serial crystallography experiments with very short exposure times can now also be conducted at synchrotron radiation sources. As compared with the usual monochromatic beam, the broad spectrum increases the numbers of x-rays available to do a measurement. Like taking photographs on a very sunny day, pictures can be made with shorter exposure times, which means that rapid reactions can be examined using synchrotron radiation sources. The experiments themselves can also be carried out with fewer crystals since the broad spectrum gives more intricate “colorful” diffraction patterns with more information about the molecular structure than using monochromatic x-rays of a single “color.”

Until now, however, it has not been possible to carry out serial crystallography using pink beam because the measurements are severely impaired by high levels of background produced with such strong beams. “Unwanted background in the measured patterns is produced because the x-rays used to probe the sample are not only scattered by the molecules in the crystal itself, but also by the sample holder and the surrounding air,” said Max Wiedorn from DESY, a co-author of the paper. “The actual signal measured during experiments with the pink beam is spread out over the many colors, meaning that the scattered radiation has a distinctly more negative impact on the measurements than is the case using monochromatic radiation.”

The scientists have therefore come up with a new set-up, which largely suppresses the unwanted scattered radiation. On the one hand, they use a sample holder made of silicon, which does not scatter x-rays; on the other hand, they ensure that there is very little air in the path of the x-ray beam. To achieve this, the x-ray is enclosed in a thin metal tube right before and behind the sample, which prevents the scattered radiation produced from reaching the x-ray camera. Also, the air immediately surrounding the sample is largely displaced by a stream of helium gas, which causes less scattering than air. By suppressing scattered radiation, the scientists have now managed for the first time to determine the three-dimensional structure of two proteins to a very high precision by means of serial crystallography using polychromatic synchrotron radiation. The corresponding measurements were made at the BioCARS 14-ID-B beamline of the APS using single-pulse exposures of 100-picoseconds duration at a resolution of 2.8 angstroms. Two in-line undulators at this beamline, with periods of 23 mm and 27 mm, provide high-flux polychromatic capability at 12 keV. BioCARS is one of the few facilities in the world where this type of innovative technique could be developed. (The APS is an Office of Science user facility at Argonne National Laboratory.)

“This is an exciting development because this technique will be applicable to many areas of macromolecular crystallography at an expanded range of x-ray facilities and will enable us to solve the structures of more challenging drug targets,” said co-author Robert Fischetti, APS Life Sciences Advisor. “Another advantage of this approach is the intensity delivered in this short pulse does not cause detectable damage to the proteins. In the future, the extremely high brightness of the proposed APS Upgrade will allow us to work with even smaller crystals than with the current APS, which affords us the opportunity to study protein structures with potential pharmaceuticals in ways that have not been accessible with current experimental techniques.”

“A big advantage of this method is that it can be used to carry out very accurate studies of protein structures, but only requires a fraction of the sample material,” said Meents. “This way it is now also possible to use serial crystallography to determine the structure of proteins that are only available in very small quantities. Conversely, the small sample size and the speed of the method mean that a great many measurements can be taken in a short space of time, for example in pharmaceutical research, where one would like to know which potential active substances bond with a specific protein that is involved in a disease.” In addition, the new method requires much less time to carry out the entire experiment, which will enable high-throughput measurements of crystal structures.

Furthermore, because measurements can be performed at room temperature, structural changes such as those that occur when an active substance bonds with a targeted protein can in future be studied over time. The new method achieves a very high temporal resolution of 100 picoseconds, something that was not possible with the monochromatic x-rays used in the past. A picosecond is a millionth of a millionth of a second. A beam of light travels almost 3 centimeters in 100 picoseconds.

This work was supported by the European Cluster of Advanced Laser Light Sources (EUCALL), "X-probe" funded by the European Union's 2020 Research and Innovation Program under the Marie Skłodowska-Curie grant agreement 637295, and the Virtual Institutes VH-VI-403 and VI-419 of the Helmholtz Association.