The Structure of a Hydrogen-Stuffed, Quartz-Like Form of Ice 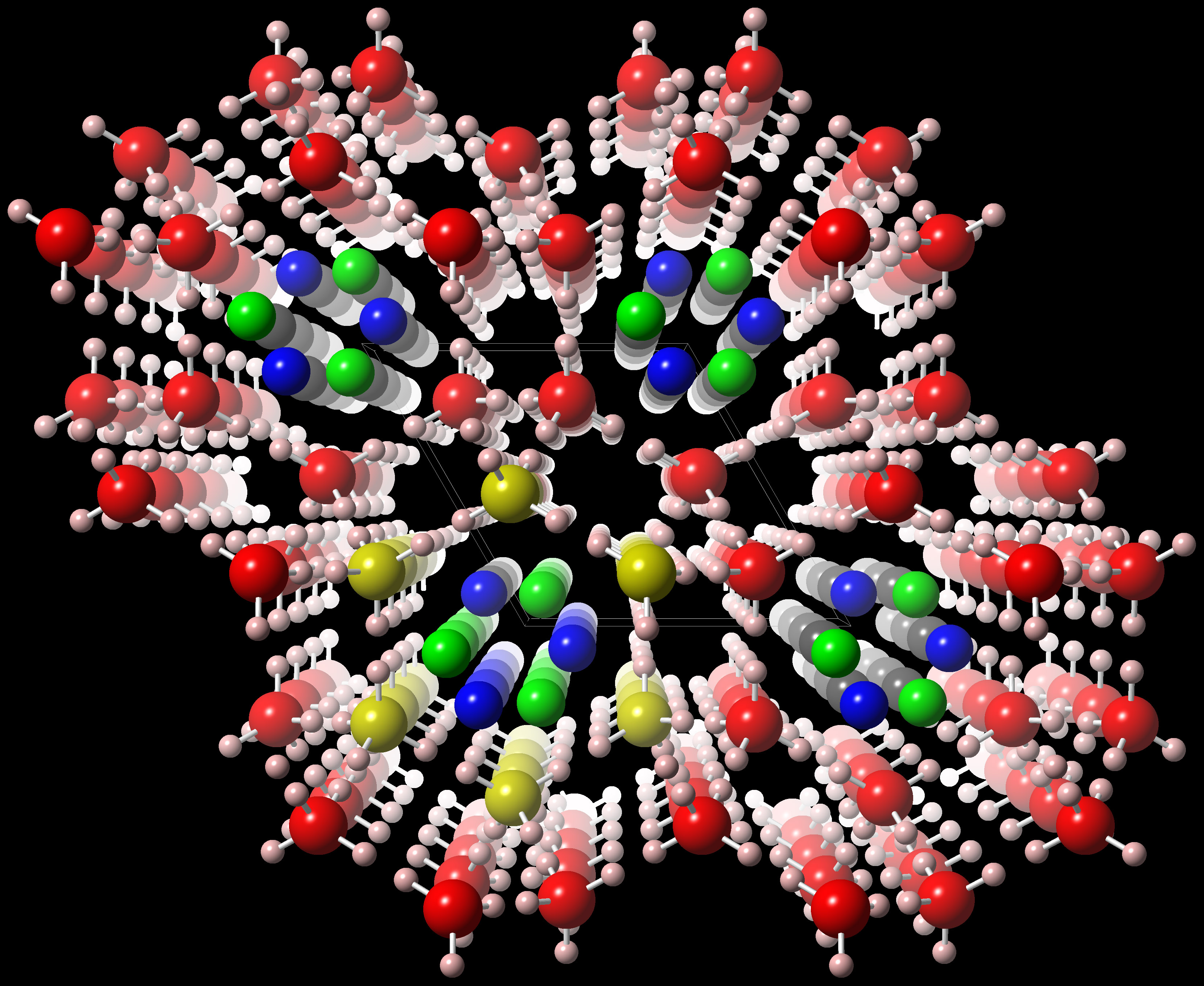 The original Carnegie Institute of Washington press release can be read here.

There are at least 17 crystalline forms of ice, many of them formed under extreme pressures, such as those found in the interiors of frozen planets. New work from a team of scientists using the High Pressure Collaborative Access Team x-ray research facility at the U.S. Department of Energy’s Advanced Photon Source (APS) has identified the structure of a new type of ice crystal that resembles the mineral quartz and is stuffed with over five weight percent of energy-rich hydrogen molecules, which is a long-standing Department of Energy goal for hydrogen storage.

The results, published in the Journal of the American Chemical Society, could have implications for the mineralogy of icy planetary bodies as well as for energy storage technology.

As all school children learn, water molecules are made up of two hydrogen atoms and one oxygen atom (H2O). Quartz is made up of one silicon atom and two oxygen atoms (SiO2). There are parallels between several forms of frozen H2O and SiO2. For example, tridymite and cristobalite (both SiO2), which are found in volcanic rocks, resemble two of ice’s 17 different crystal structures.

Scientists have predicted for decades that a form of ice that looks like quartz could be created in the laboratory. But until now, a form of ice with such structural similarity was elusive.

The researchers in this study, from the Carnegie Institution of Washington, the University of Hawaii at Manoa, George Washington University, and the Lawrence Livermore National Laboratory, were able to create this quartz-like ice and use advanced diffraction and spectroscopic tools at the HP-CAT 16-ID-B beamline at the APS to determine its structure (Fig. 1).

The team discovered that its crystalline structure consists of interconnected spiral chains of water molecules that form tubes. From the outside, these tubes look like they’re covered with pentagonal tiles. But on the inside they are filled like manicotti with a corkscrew-like arrangement of hydrogen (H2) molecules.

“While quartz is one of the most abundant minerals found on Earth’s surface, this water-based structure with a similar atomic arrangement might be found in abundance on icy planetary bodies where conditions similar to those under which it was created in our lab might be found,” said Timothy Strobel of the Carnegie Institute Geophysical Laboratory and lead author on the Journal of the American Chemical Society paper.

The team’s results have implications beyond planetary science. The compound has a substantial hydrogen content (in the form of H2 molecules) and the large water channels help to enable enhanced H2 mobility. These features may facilitate future practical applications in the area of renewable energy storage.

This work was supported by EFree, an Energy Frontier Research Center funded by the U.S. Department of Energy (DOE) Office of Science-Basic Energy Sciences (BES), under grant no. DE-SC0001057. HP-CAT operations are supported by DOE-National Nuclear Security Agency under award no. DENA0001974 and DOE-BES under award no. DE-FG02- 99ER45775, with partial instrumentation funding by the National Science Foundation. Work at Lawrence Livermore National Laboratory was performed under the auspices of the U.S. DOE under contract no. DE-AC52-07NA27344. This research used resources of the Advanced Photon Source, a U.S. DOE Office of Science User Facility operated for the DOE Office of Science by Argonne National Laboratory under contract no. DE-AC02-06CH11357.