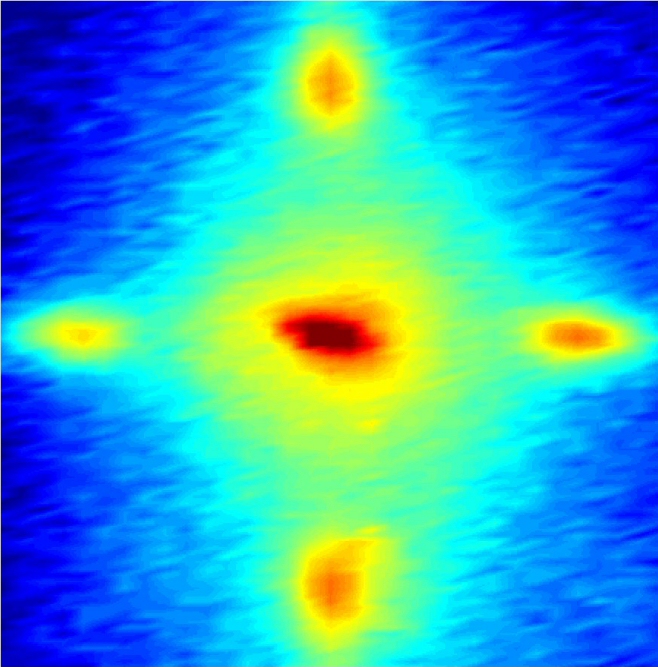 An electric field can control the permanent polarization in a ferroelectric material in much the same way that a magnetic field controls the magnetization of a ferromagnet. Ferroelectric materials known as perovskites, of which lead titanate is one, share their crystal structure with the mineral perovskite, and are being keenly investigated by researchers for new applications in microelectronics.

Ferroelectric materials are already being used in microelectronic devices, such as non-volatile random access memory (NVRAM), that exploit ferroelectricity to store information. An electric field can switch the permanent polarization from one direction to the other, representing the switch from a 0 bit of information to a 1. The development of NVRAM could provide computers and ever-smaller portable information devices with high-density solid-state memory that, unlike conventional RAM, do not lose their information when switched off. The Argonne research removes a potential limitation on how dense these devices could be when fabricated.

Perovskites also have other potentially useful properties. They are piezoelectric materials, for instance, changing shape when a voltage is applied or generating a voltage when they are deformed. They are also pyroelectric, producing a voltage when the temperature changes. Electronically controlled switches, valves, pumps, and sensors in so-called lab-on-a-chip devices, or microelectromechanical systems, could exploit such properties.

Technologists hoping to exploit the novel electrical and magnetic properties of such advanced materials in thin-film form have often encountered problems maintaining the properties in very thin films. Researchers found that films of lead titanate thinner than 100 nanometers for instance had reduced polarizability and sometimes exhibited no ferroelectric behavior at all. If this problem proved to be the result of a fundamental incompatibility between ferroelectricity and reduced thickness, it might present a lower limit on the size of microelectronic components based on such materials.

Researchers from Argonne National Laboratory (ANL) and Northern Illinois University were not convinced that the size effects seen in previous studies would arise in all ferroelectric samples. “It can be very difficult to separate the effects of true size dependence from those of uncontrolled experimental variables, such as stress and composition that can vary with sample size,” explained team leader Brian Stephenson. Recent theoretical calculations carried out by other researchers had also predicted that perovskite films would still have ferroelectric properties even in films just a few nanometers thick.

The group set about making detailed experimental observations that would unambiguously settle the long-standing question of the thickness limit for ferroelectricity. The team used metalorganic chemical vapor deposition to grow thin layers of the perovskite lead titanate on single crystals of strontium titanate. By carrying out x-ray scattering experiments during the deposition process, they were able to control the thickness of the layer very precisely to an integer value of the film's unit cell. Using this in situ approach and the high-brilliance synchrotron x-ray beam from the APS, the team obtained accurate data from high-quality samples as thin as one unit cell.

In these thin films, the ferroelectric phase forms in nanometerscale stripes of alternating polarity, which produce characteristic signals, satellite peaks, in the x-ray scattering results. The researchers used these satellite peaks to identify the ferroelectric phase. Fig. 1 shows the scattering pattern from a three unit cell (1.2-nanometer) thick film that is shown to be ferroelectric. The team found thinner (2- and 1-unit-cell thick) films to be non-ferroelectric. This tiny thickness limit for ferroelectricity bodes well for making submicroscopic layers for use in various novel applications, say the researchers. — David Bradley.

Work supported by the State of Illinois and by the U.S. Department of Energy, Office of Science, Office of Basic Energy Sciences under Contract no. W-31-109-ENG-38.