If you ever built a complex model out of LEGOs, you know the value of assembling parts of that model in pieces before attaching them to the whole. That same strategy is being used to upgrade the electron storage ring at the heart of the Advanced Photon Source (APS), a U.S. Department of Energy Office of Science User Facility at Argonne National Laboratory.

The APS Upgrade project recently achieved a significant milestone with the first practice assembly of a module of powerful magnets. Ultimately 200 modules similar to this one will make up the new storage ring. A team of engineers and riggers used heavy cranes to lift magnets, some weighing thousands of pounds, and connect them to a cast iron girder and concrete plinth to form a module. This module will be disassembled and reassembled several times over the coming weeks to ensure that the process is as smooth as possible.

The new storage ring will include 1,321 powerful magnets, some the size of a dorm room fridge but weighing as much as an SUV. There are 15 different types of magnets included in the upgrade, all working together to steer and focus a beam of electrons as it circulates around the existing APS tunnel, which spans more than 2/3 of a mile in circumference. These electrons are used to create X-rays for more than 60 beamlines around the ring, and with the new magnets focusing those electrons into a tight beam, the X-rays will be up to 500 times brighter than those currently used at the APS. 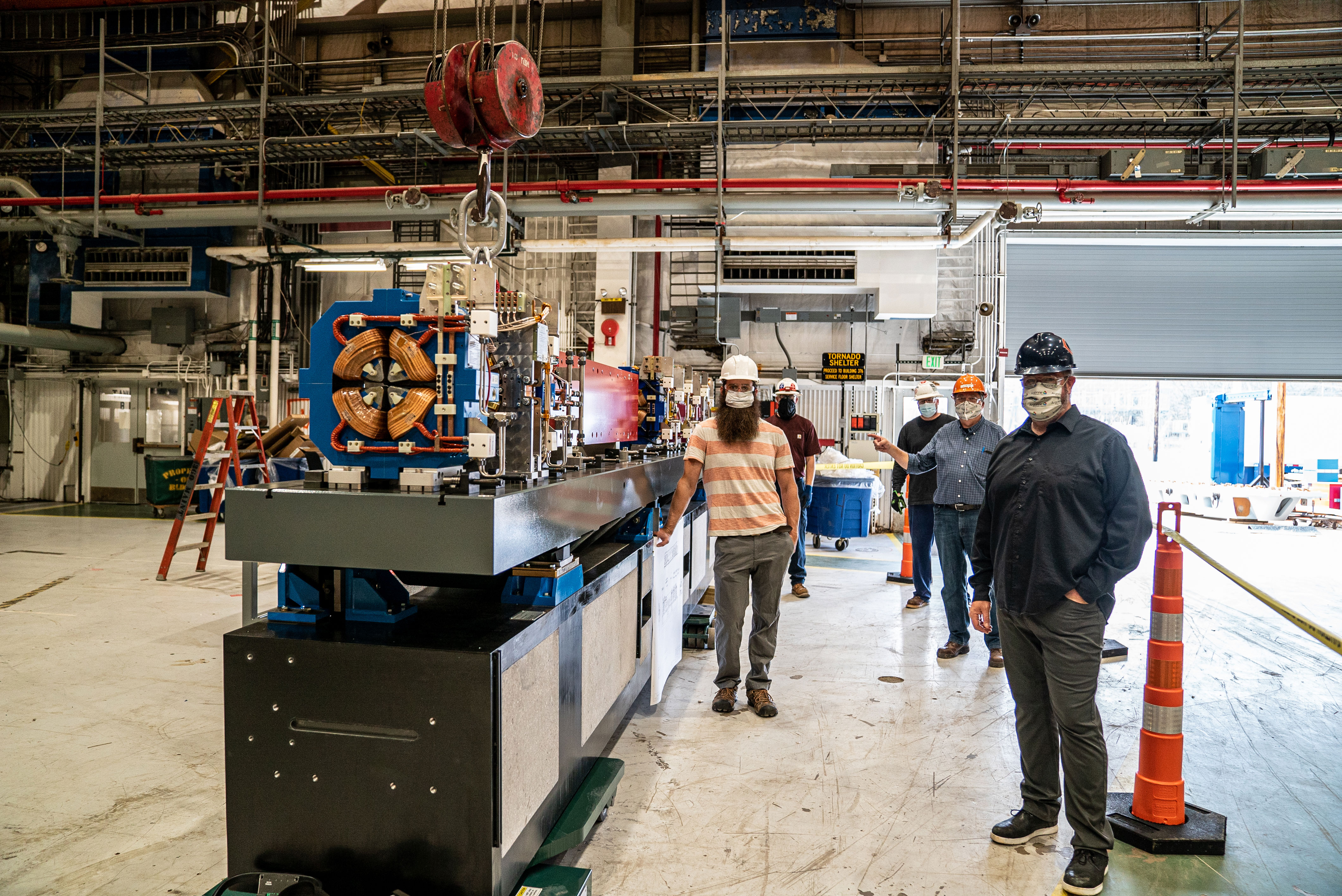 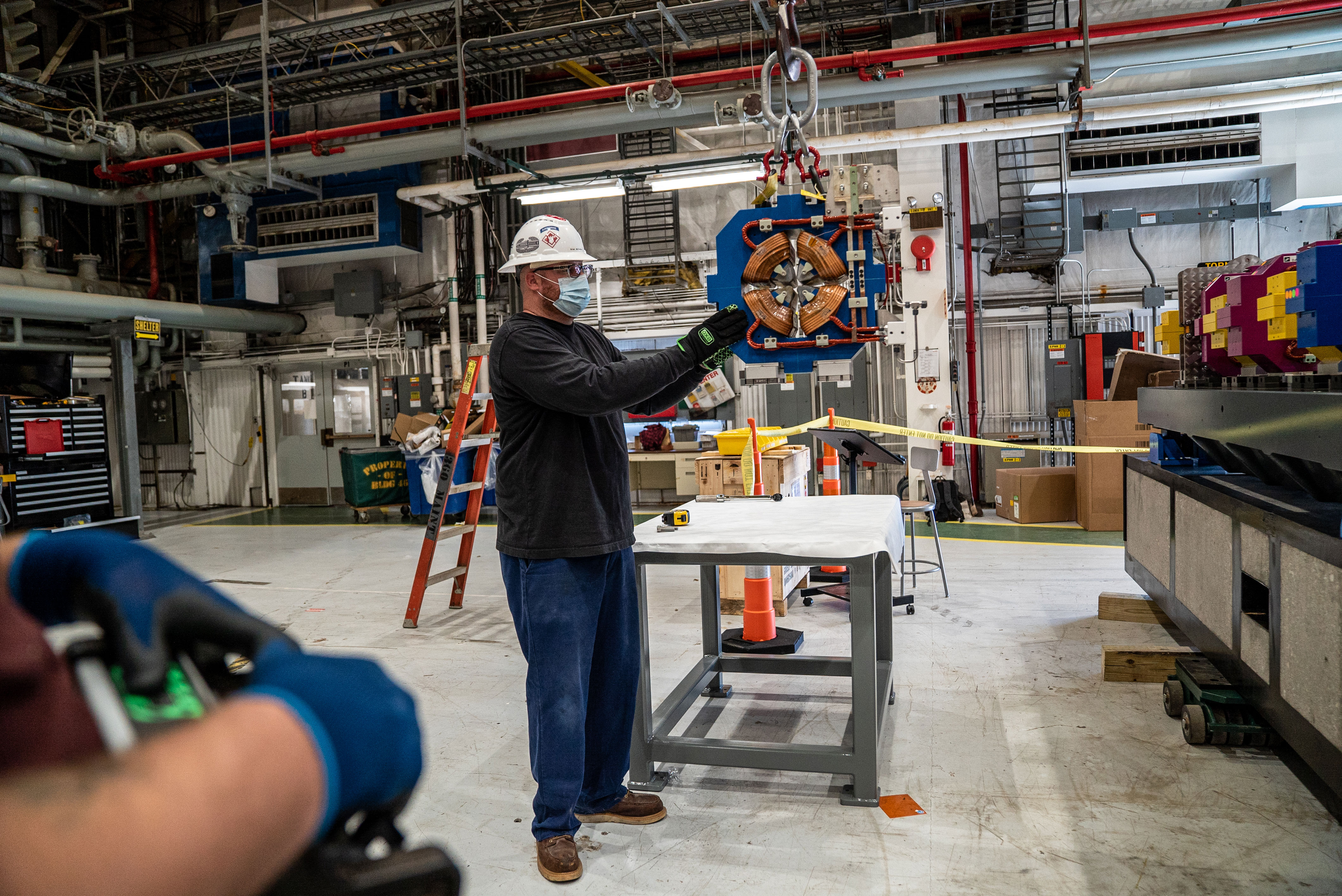 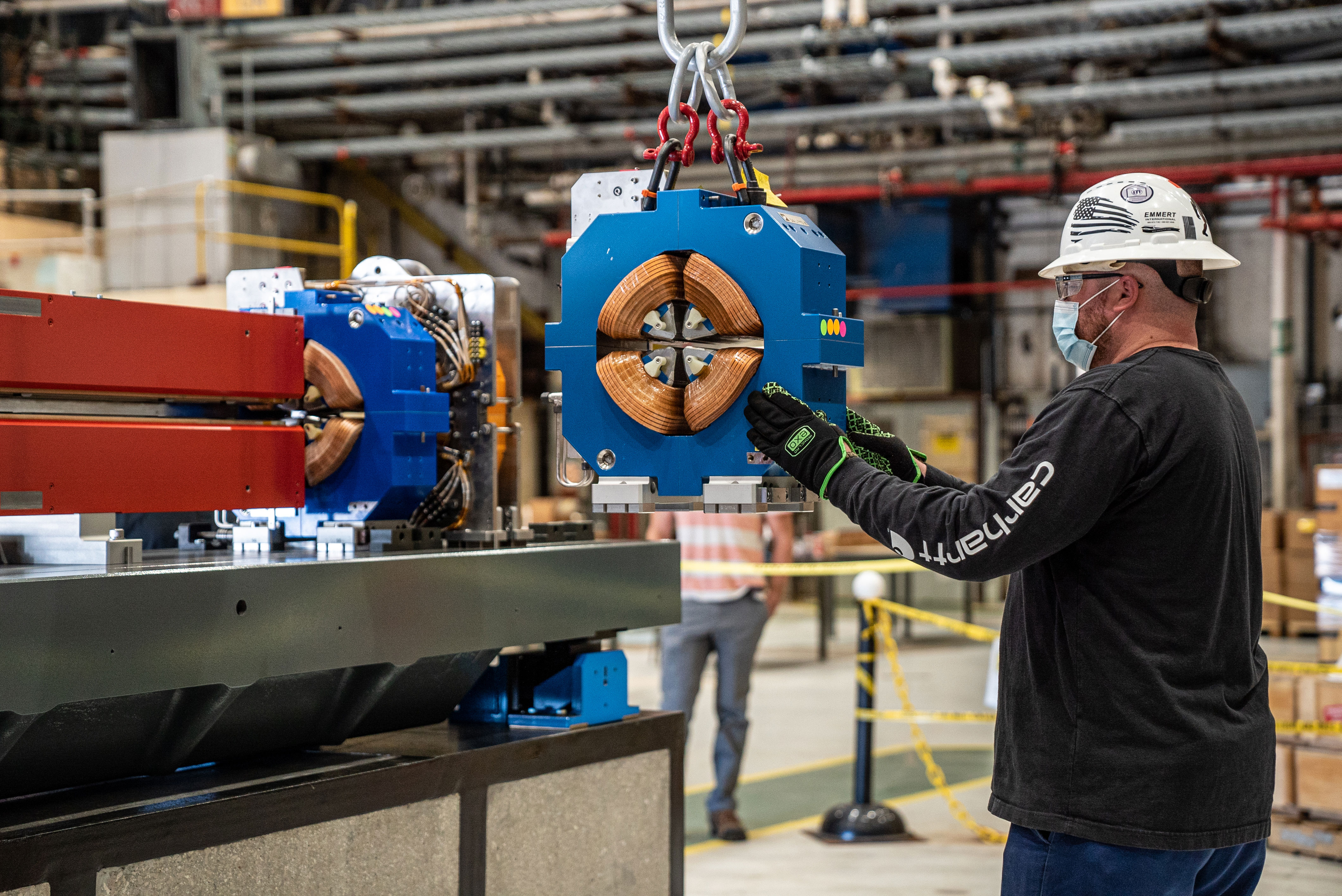 Each of those magnets, once it arrives at Argonne, must be tested to ensure that its magnetic field meets the stringent requirements for the upgrade. Then the magnets will be mounted onto plinth assemblies, and each magnet must precisely align with its neighbors. The allowable misalignment is 30 microns, about half the width of a human hair.

“Each one of these large magnet assemblies forms a module and there are five modules to a sector,” explained Jeremy Nudell, the mechanical engineering specialist in charge of storage ring pre-installation assembly. “There are 40 sectors around the ring, and we will assemble each sector one module at a time.”

Nudell noted that this practice assembly doesn’t include the vacuum system, which will surround the electron beam with an airtight pipe, keeping the beam from dissipating due to interaction with the atmosphere. Once the vacuum system has been manufactured, the upgrade team will add it to the assembly process. 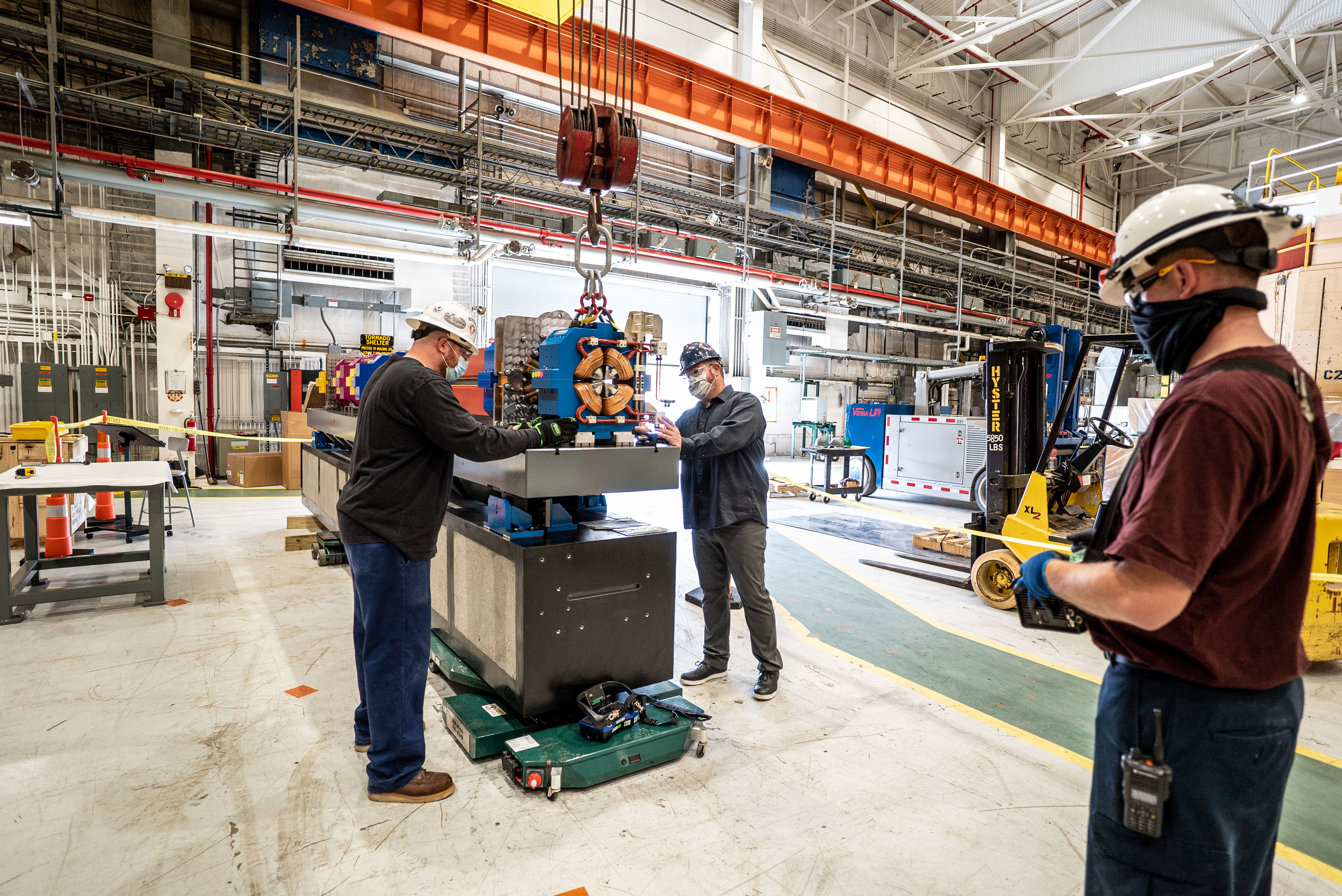 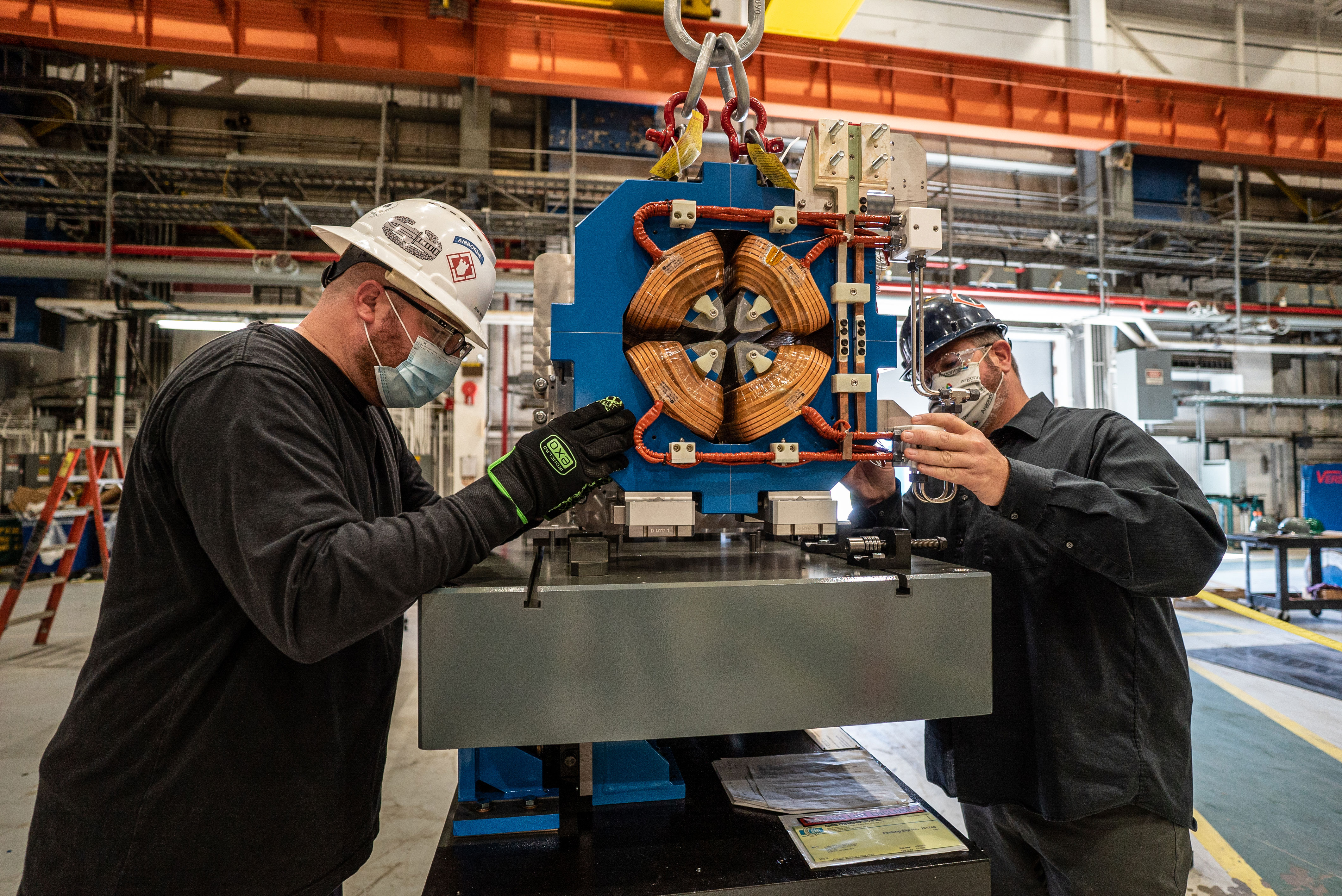 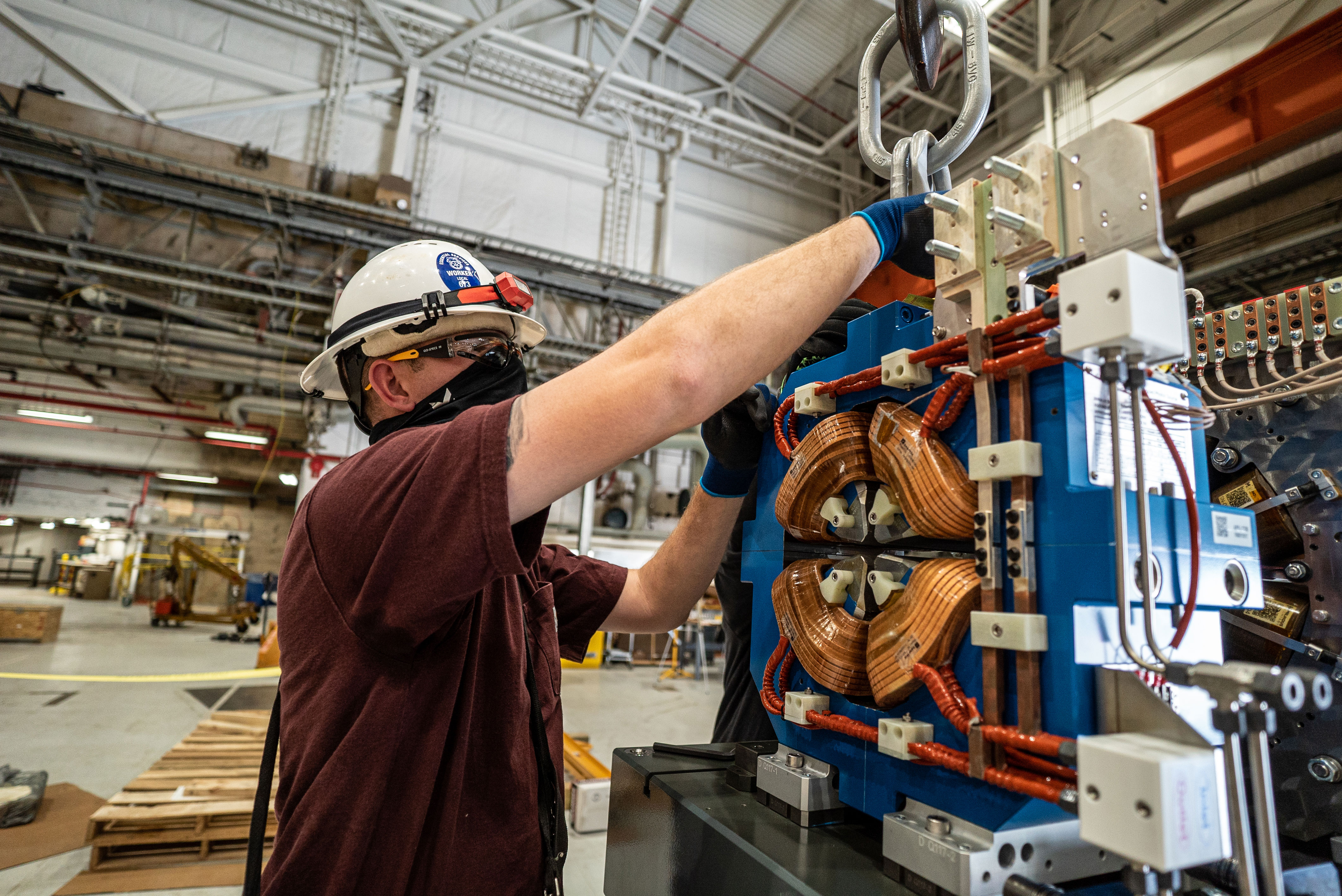 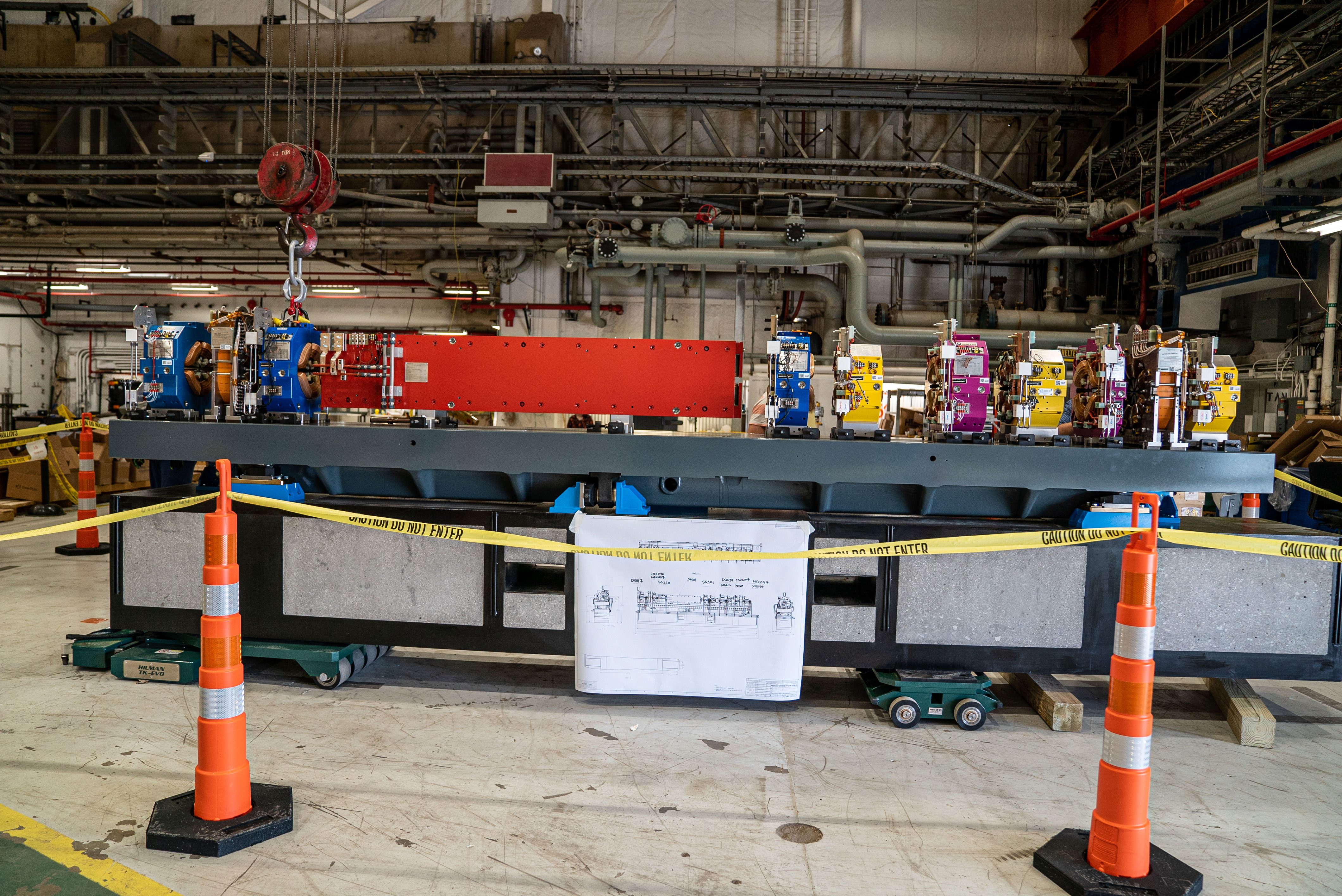