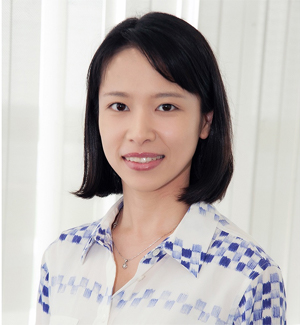 Among other projects, Si Chen led the development of the Bionanoprobe, a hard x-ray scanning nanoprobe with cryogenic capabilities and the first instrument of its kind in the world. Her primary research interests and expertise lie in the areas of x-ray microscopy, cryogenic methods, instrumentation, and x-ray fluorescence data analysis. With colleagues at Argonne and collaborators from other institutions, Si has successfully applied advanced technologies to solve problems in a broad range of studies in the areas of biological, biomedical, environmental, and materials science. The DOE award will support Chen’s research in developing an innovative multiscale imaging platform that combines an x-ray nanoprobe and a plasma-focused ion beam.  Chen’s research was selected for funding by DOE’s Office of Basic Energy Sciences.

“This award to Si Chen is extremely gratifying,” said Stephen Streiffer, Argonne Deputy Laboratory Director for Science & Technology and Interim Associate Laboratory Director for Photon Sciences, “not only because her body of work is so exceptional, but because Si and her colleagues are carrying out scientific investigations at the frontiers of a wide range of disciplines with great importance to our nation, as evidenced by this recognition from DOE.”

“All of us in XSD congratulate Si Chen on this important award,” said XSD Division Director Jonathan Lang. “Her work exemplifies the strengths of the scientific staff in XSD who tirelessly support our users while carrying out their own groundbreaking research.”

Now in its twelfth year, the DOE’s Early Career Research Program awards each recipient with at least $500,000 per year for five years to advance their research. A program of the DOE Office of Science, the award is intended to bolster the nation’s science workforce by providing financial support to exceptional researchers during their critical early-career years, when many create their most formative work.

The original Argonne news article by Kathryn Jandeska can be read here.